Alibaba, a new deal for italian wines in China

Alibaba will bring italian wines to China. On the next September 9th , the famous e-commerce platform will launch the first “WineDay” ever, which producers... 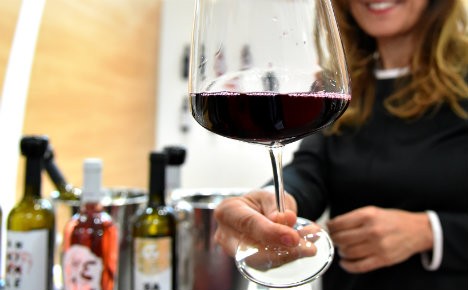 Alibaba will bring italian wines to China. On the next September 9th , the famous e-commerce platform will launch the first “WineDay” ever, which producers hopes will mark a turning point for the italian wine export in China.

Alibaba and Italy, the Vinitaly randez-vous

The annual wine fair of Vinitaly, hosted in Verona from 10th to 13th of April, has been the key moment for the final agreement between Alibaba the italian Government and all the italian wine producers.

Jack Ma, the Alibaba Group Head, was the guest of the fair and he launched the event from a stage with the Italian Prime Minister Matteo Renzi. The event’s objectives are to introduce more international wines to the chinese consumers, and to make easier for small producers to launch their products in what can be a challenging market. The goal is to turn it into an international day of wine. The Prime Minister Renzi echoed the importance of e-commerce, and agreed that Alibaba’s Wine Day could mark a turning point for Italian wine in China.

The Alibaba Ceo have already a plan for the wine day: “I’d like to take the model of Singles Day and use that to promote italian wine,” Ma told to the attending Italian wine producers. Alibaba’s “Singles Day” in November last year – a day of sales focused on unattached chinese consumers – brought in over $14bn.

Ma said that Wine Day will be launched at 9am local time on September 9. The day’s choice for the event was not random: “Nine means ‘wine’ in chinese, so nine-nine-nine means wine-wine-wine,” Jack Ma explained.

The Italian wines in China

China is a fundamental market for whichever wine producer. Despite the general slow-down of economic growth, China as a wine market hasn’t left its growth path. In 2015 France was still China’s primary source of imported wines, especially in the top selection, responsible for 42% of the total volume and 46% of the total value. Italy ranks fifth, behind France, Australia, Spain and Chile, with the 6% of the total volume. In the future, Chinese sales of wine and spirits are supposed to reach nearly $9bn by 2017.

Jack Ma’s presence at Vinitaly “Creates a burst of interest in China for the italian wine community and the future of Italian wine in China,” said Stevie Kim, managing director of Vinitaly International. According to many observers the main reason why the italian wine export record to China is lower than the expectations, it’s because Italian wines are still largely unknown and unrepresented there, but the Alibaba plan is ambitious and can change the situation. As Jack Ma pointed out: “Right now, 6 percent of the wines we sell in China are italian. We want change that into 60 percent, and help you sell as much italian wine in China as possible.”