Rockwell, Cucchi, Frangi: three major exhibits were opened across Italy last weekend to serve up a feast for art lovers. ANSA - Rome showcases the masterpieces of... 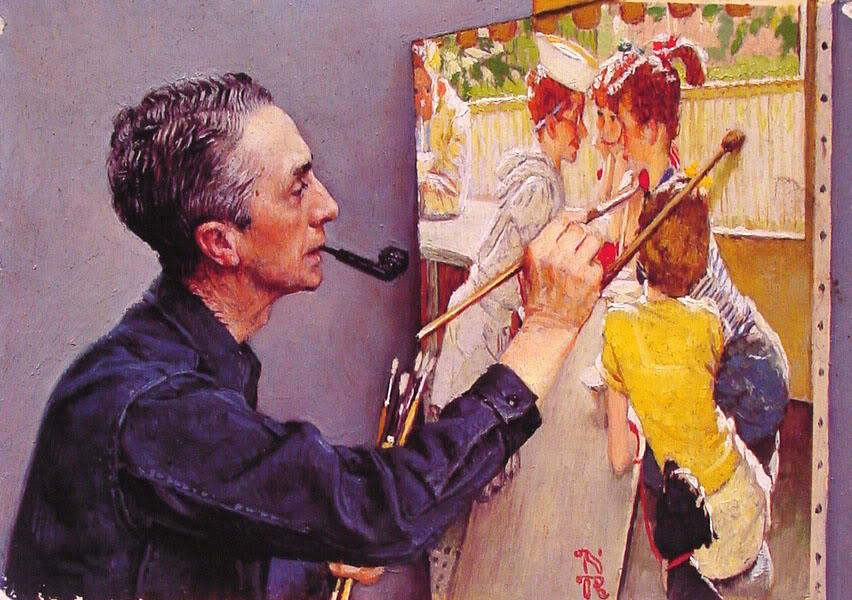 Rockwell, Cucchi, Frangi: three major exhibits were opened across Italy last weekend to serve up a feast for art lovers.

ANSA – Rome showcases the masterpieces of Norman Rockwell and his celebration the ‘American dream’.
Palermo hosts a show on Enzo Cucchi, one of the stars of Italy’s Neo-expressionist movement, Transavantgarde, from the late 1970s and 1980s.
The artist’s work is showcased for the first time in Sicily.
The Meridiana Room at Naples’ National Archaeological Museum, meanwhile, puts on display 20 contemporary tapestries by Giovanni Frangi. 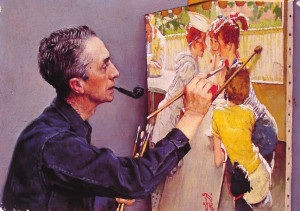 ROME – A great illustrator, who painted small-town American scenes and depicted the America he saw for half a century, Norman Rockwell (1894-1978) has debuted in the Eternal City with his celebrated work in a show running through February 8 at Palazzo Sciarra, where the Fondazione Roma Museo is based.
The New York artist’s most important work – 100 paintings, photos and documents and all the 323 original covers he made between 1916 and 1963 for The Sunday Evening Post – are on display for the first time.
The exhibit entitled American Chronicles: the Art of Norman Rockwell showcases the most relevant production of this acute observer of American society, whose work is now part of the country’s collective consciousness.
His detailed and delicate illustrations go straight to the heart, describing over much of the 20th century the dreams, hopes and ideals of a country while influencing its behaviour and state of mind.
Rockwell’s paintings depict positive figures, characters that are familiar and trustworthy and thus more interesting for the viewer.
His observation of reality becomes art and a tale of the American dream with a strong appeal well beyond America’s borders.
The artist moves between the lightheartedness of his origins, represented, for example, through a child running away after a prank – as in No Swimming, 1921 – to the African-American little girl who has to be escorted to school in his 1964 work The Problem We All Live, which explored the drama of racial segregation.

NAPLES – Twenty large tapestries by contemporary artist Giovanni Frangi are on display at the National Archaeological Museum from November 14 through January 11, 2015.
The tapestries are three-meters-high and six-meters-long, made in different colours.
They are part of the latest work by the Milanese artist, 55, to be exhibited in a room right next to the Farnese Atlas, a second-century Roman marble copy of a Greek sculpture of the Titan Atlas holding up a celestial globe, a source of inspiration.
Called Farnese Lottery, the show unfolds across the area that once also hosted the D’Avalos tapestries, currently at the Capodimonte Museum – as well as the Hellenistic marbles from the second century known for being one of the oldest and most complete representations of constellations.
The tapestries, woven in Brussels, represent the 1525 Battle of Pavia.
Hung over iron structures, the artworks are not displayed chronologically, their colours and strong message taking the viewer into a fictitious dimension where images from different tapestries appear reflected on one another with no work dominating the room.
The apparently casual position of the tapestries creates an unpredictable effect on onlookers, with a potentially different impact – just like a lottery.

PALERMO – The city’s Modern Art Gallery hosts from November 16 until January 25 the Cagliari exhibit with the unprecedented participation of painter and sculptor Enzo Cucchi, 64, showcasing his work in Sicily for the first time, together with the Laboratorio Saccardi.
Installations, videos, paintings and sculptures will evolve across the show in a simulated tour of Palermo.
The Piedmont-born artist, one of the protagonists of the Transavantgarde movement, cooperated with the Saccardi group to create one installation made out of different artworks that complement one another to pay homage to Palermo- a Mediterranean city that has bred art and tradition with a history marked by major cultural rifts.
The Laboratorio Saccardi was set up by four young local artists – Vincenzo Profeta, Marco Barone, Giuseppe Borgia and Tothi Folisi – whose desecrating work has targeted the contemporary art and intellectual star system.