ByItaly: the E-commerce of the Traditional Italian Food

America, Europe and Asia are just the new markets reached by ByItaly, the company founded by four guys from Umbria to bring the excellence... 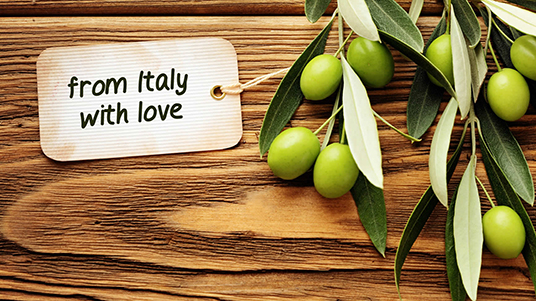 America, Europe and Asia are just the new markets reached by ByItaly, the company founded by four guys from Umbria to bring the excellence of Italian food and wines all around the world.

The small producers with their products have won the favor of the people of the other side of the world, choosing the path of an internationalization do-it-yourself. Not giants, but a local, born and raised in Perugia business.

They are Giovanni Belia, Michele Trogger, Daniele Fantigrossi and Leonardo Papini, respectively: the Trade manager, with a past as a marketing and tourism expert in America, India and Great Britain; the Chef, the more attentive to product selection, already owner of an old style farm, with a zero-km agricultural production; the Developer, the only one able to give wings to the computer project and, finally, the Graphic Director, creative director of the group. A quartet led by a key figure, Ms. Anna, grandmother of Leonardo: eighty stubborn and careful woman, ready to spread antique recipes and to ensure the ingredients quality.

“Nonna Approved” is, in fact, the slogan chosen by the guys to characterize the activity of ByItaly, a project started thanks to a personal investing of shareholders, “about 40’000 euro that would have to change our lives in little more than a year” – recounts Giovanni Belia. No banks, no big investors. Simply personal savings which, combined with crowdfunding, allowed ByItaly to quickly reach a balanced and, after three years, positive budget.

ByItaly is a young italian e-commerce with so much potential and some really interesting initiatives. Such as the “Adopt an Olive tree” one: adopting an olive tree, infact, the customer gets a picture with its name palte on it, an adoption certificate and – of course – the oil at the end of the month. At the same time, that’s a concrete help for small farmers keeping the tradition alive.