The Carnival in Italy

CARNIVAL IN ITALY The Carnival is famous in Italy and in the world for the opportunity to disguise oneself for a day and become a character of tradition,... 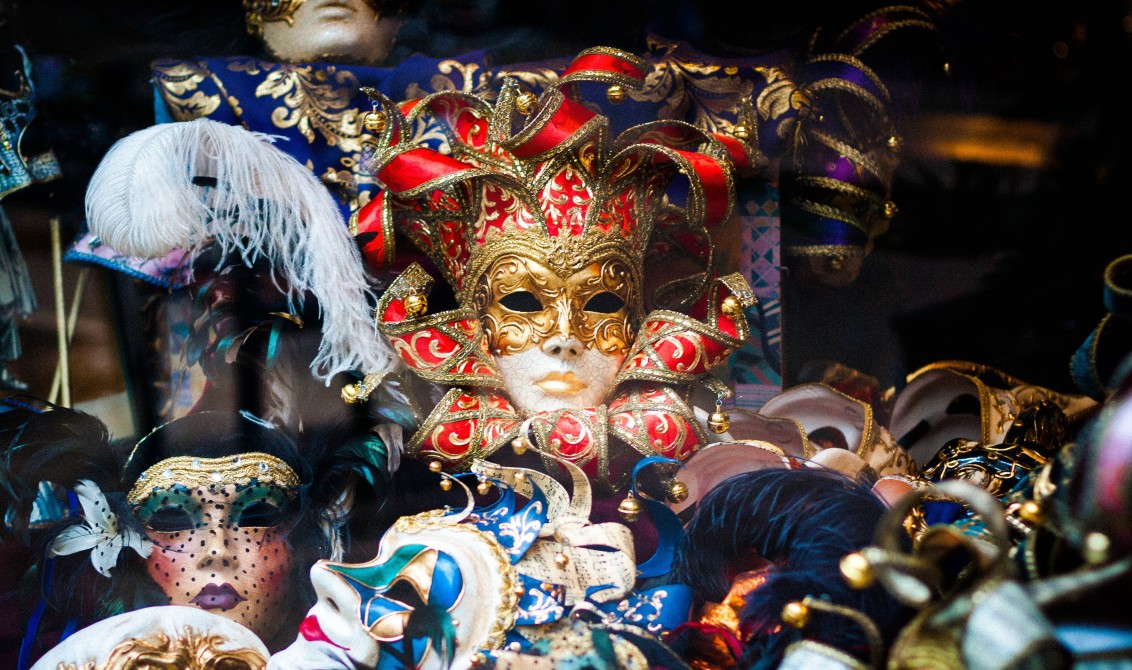 The Carnival is famous in Italy and in the world for the opportunity to disguise oneself for a day and become a character of tradition, fantasy, literature, film, etc. It represents a parody of what happens in everyday life. A time of carelessness, of joy, and most of all, fantasy. Now, let’s discover the origins of the Carnival and the traditions that are linked to this particular moment of the year, especially in Italy.

THE ORIGINS OF CARNIVAL

Perhaps you did not know that the word ‘Carnevale’ (in Italian) comes from the Latin ‘carnem levare’ and means ‘to eliminate meat’. In fact, the Carnival is part of the Catholic tradition as a time of celebration before Lent, a period of fasting and abstinence awaiting Easter.

The Carnival from the historical point of view is considered as a period of celebration and renewal. According to the calendar of ancient Rome, the period that today we dedicate to Carnival could coincide with the end or with the beginning of the year.

THE CARNIVAL IN ITALY

Keep in mind that the history of the Carnival celebration in Italy is very old. It is said that since the fifteenth and sixteenth centuries there is a record of the celebration in some Italian cities. Since them, the carnival in Italy stands out because of its regional and traditional masks, each with its own entertaining and immediately recognizable features, from Arlecchino to Pulcinella, just to mention two of the most famous characters.

And the food is not left behind! During the carnival in Italy, every region prepares special sweets that are eaten during this cheerful time. The ‘chiachere’ are the most famous and delicious sweets that every person must taste.

But the most important event during the Carnival in Italy is, of course, Shrove Tuesday, or ‘Martedì Grasso’ in Italian. This day is considered the culmination of the carnival festivities, and it is the last of the seven “grossi” (fat) days that characterize the carefree and cheerful carnival week. The adjective “fat” refers to the revelry and bingeing that is abandoned on this date, and it is the last day of enjoyment before the arrival of Ash Wednesday and the beginning of Lent, preparing us towards the next season, spring, and its celebration, Easter.

CARNIVAL IN ITALY, THE MOST FAMOUS

The carnival of Ivrea is mostly known as the ‘Battle of the Oranges’. It is believed it’s the most ancient carnival in the world, around the year 1000. During this festivity people from the town celebrate freedom. Back in the days, there was a tyrant in the city called King Ardiuno. A miller’s wife got herself some courage and killed the tyrant. That episode liberated a civil war between the people and the king, a war which was won at the end by people. Nowadays, to represent this episode people utilize oranges that symbolize the ancient arrows floating towards the opressor.

Venice has its own carnival too, very famous around the world. It is recorded that its beginnings come from the year 1268 people used to celebrate special events wearing the one thing that was severely banned in that epoc: the masks. People could only wear them on special occasions or a number of days of the year, such as St. Stephen’s Day, from October 5 to Christmas, on Ascension day, etc. Reason why craftsmen were called the ‘mascareri’. They would perfect their art and spend hours on their shops, to then sell them to costumers.

In Milan, the Carnival lasts four more days than the others, and it ends on the Saturday after Ash Wednesday. The reason is simple: the Ambrosian rite is held (the city’s saint is called ‘Sant’Ambrogio’). The Saturday on which the carnival ends is thus referred to as ‘Carnevale Ambrosiano’ (“Ambrosian Carnival”).