Ennio Morricone, the renowned 87 years old film composer become famous for creating the unforgettable soundtrack of many westerns by the Italian director Sergio Leone, adds a new recognition to his extraordinary career. On February, 26th at 11.30 a.m,  the Italian musician, in fact, will receive a star on the Hollywood Walk of Fame, joining all the actors, directors and film composers who have made the history of the cinema.

The Hollywood Chamber president and CEO Leron Gubler will be the emcee’s event, unveiling Ennio Morricone’s star with the help from Quentin Tarantino, Harvey Weinstein and Pascal Vicedomini, founder and producer of Los Angeles, Italia – Film, Fashion and Art Fest. 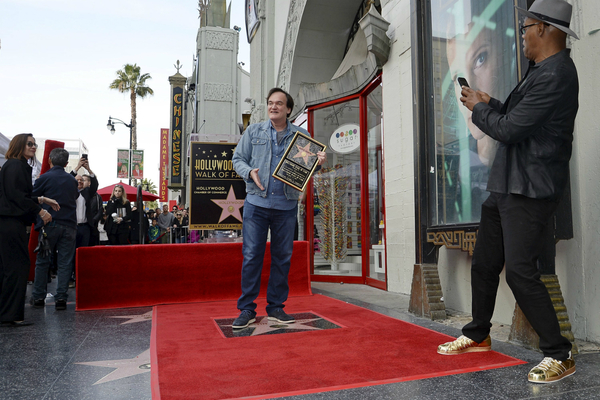 The ceremony will take place only two days before the Oscar Night, and all Morricone fans hope that it could bring good luck to the Italian composer, nominated for an Oscar this year for the best original score for his work in “The Hateful Eight”, the film directed by Quentin Tarantino which has already won a Golden Globe this year in the same cathegory.

“The Oscar is a sort of lottery”, Morricone claimed in a recent interview for an Italian magazine. A game he got used to play since that this is his sixth nomination for the maximum prize for cinema workers.

In case of win, it would be the second Oscar gained, after the first one to the career he won in 2007 “for his magnificent and multifaceted contributions to the art of film music”.

A career sprinkled of successes and awards, like three Grammy Awards, three Golden Globes, five BAFTAs from 1979 and 1992, only to mention the most important. A career which started in the far 1961 and brought him to work in some of the most famous and loved films in the history of the cinema, like “Once upon a time in America”, “The Untouchables” and “The Good, The Bad and The Ugly”.

Waiting for the name of Oscar winner, listen to The Last Coach of Red Rock, one of the songs of The Hateful Eight‘s soundtrack by Ennio Morricone