"The ExoMars 2016 with its scientific and technological cargo is travelling to Mars, where it will prepare grounds for the research of answers that are... 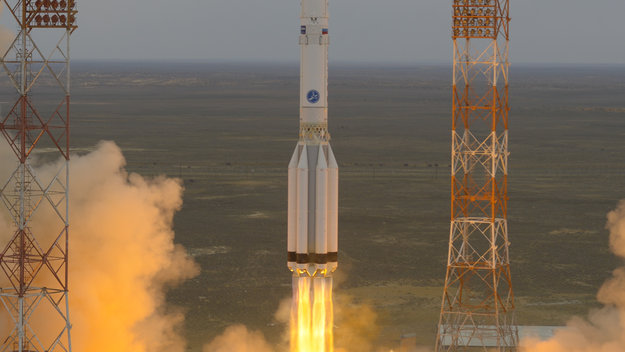 “The ExoMars 2016 with its scientific and technological cargo is travelling to Mars, where it will prepare grounds for the research of answers that are so important to us, those on the origin of life”. That’s how Roberto Battiston, President of Asi, the Italian Space Association, has hailed a space mission that not only brings so much fascination with it – since it’s headed towards the Red Planet, the most similar to Earth – but carries so much of the Italian excellence in space technology.

In the orbit of Mars

The ExoMars mission consists of two phases. During the first, launched earlier this year, a probe (TGO) will remain in the orbit of Mars in order to investigate the presence of methane and other trace gases in the atmosphere, possible evidence of some forms of active life, while a module (EDM), containing the weather station (Dreams) and other instruments, will land on Mars.

In the second part of the mission, which will begin in May 2018, the goal is to land on the Red Planet an innovative rover able to move and equipped with instruments to penetrate and analyse the soil to learn about the geochemical characterization of the planet, the Martian environment and its geophysical aspects and identify possible risks for future human missions.

ExoMars, leadership to the Italian industry

The European Space Agency (Esa) has assigned to the Italian industry the main leadership of both ExoMars missions. In addition to the overall system responsibility on all the elements, Italy has the direct responsibility for the development of the ExoMars 2016 descent module, called Schiaparelli, the two meters drill that will penetrate the Martian soil for the collection of samples, and the control center that will operate the Rover. Concerning the scientific contribution, the proposed Made-in-Italy instruments selected by Esa are: Dreams (Dust characterization, Risk assessment and Environment Analyser on the Martian Surface), suite of sensors for the measurement of meteorological parameters and of the atmospheric electric field near the Mars surface (Francesca Esposito INAF/Osservatorio Astronomico di Napoli); Amelia (Mars Atmospheric Entry and Landing Investigation and Analysis) ,modeling of the Martian atmosphere using the data collected by the sensors during the descent of the Schiaparelli lander on the Martian surface (Francesca Ferri CISAS- University of Padova); MA_Miss (Mars Multispectral Imager for Subsurface Studies), spectrometer for the analysis of geological and biological evolution of the Martian subsoil, integrated in the drill (Maria Cristina de Sanctis (INAF/IAPS, Rome, SELEX GALILEO).

“Aerospace is an extraordinary industry, besides creating profit (1.6 billion euros revenues, 6,000 employees), it gives us foresight, thrust and imagination”, wrote Asi’s president Battiston. “Since the constant research of the scientific and technological frontier belongs to mankind’s Dna, ExoMars is one of the biggest challenges for the European Space Agency, in which Italy has invested 400 million euros” (approximately 35% of the total, making our country the first contributor of the mission). Italy made available its best scientific and industrial knowledge, through prime contractor Thales Alenia Space Italia, the joint venture between Finmeccanica and Thales, and skilled researchers. Italy, Battiston points out, is the “sixth spacefaring power in the world”. The entire scientific, technological and industrial program was developed by a European consortium involving around 134 space companies.