More female MBAs are winning venture capital investment for their start-ups by focusing on technology and e-commerce – but the odds are still stacked against them. Elsa Sze... 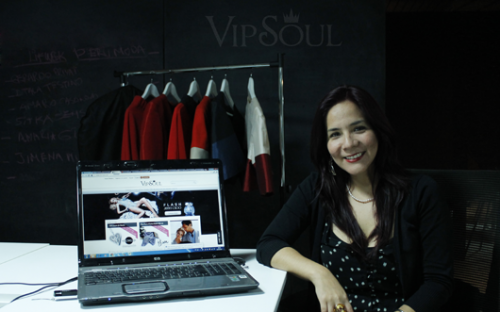 More female MBAs are winning venture capital investment for their start-ups by focusing on technology and e-commerce – but the odds are still stacked against them.

Elsa Sze calls it the “pink ghetto” – the idea that female founders are more likely to get funded because their products are female-oriented, often aimed at sectors such as cosmetics and fashion.
She used to work at the International Monetary Fund and McKinsey & Company, the consultancy. Now she is a start-up founder, working out of Harvard University’s incubator, i-Lab, a stone’s throw away from where she earned her MBA degree at the business school.
She launched Agora, an online town hall that gives voters a forum to voice their political concerns, after an eventful day canvassing for the Democrats. She realised she could use her experience in business and technology, and her experience in politics on the Obama campaign trail, to launch her own start-up.
“We’re lining up investors for a seed round later this year,” says Elsa. “We’ve talked to a wide array – angels, impact investors, traditional investors [and] VCs.”
Female start-up founders are still a minority but Elsa is one of a growing number in the US specialising in innovative technology. Many more across Silicon Valley and in Europe are turning to e-commerce.

“I have been fortunate to cross paths with many female role models who successfully founded their own ventures. This has hugely strengthened my resolve to pursue my own start-up,” says Ashuveen Bhadal, Cass EMBA graduate and founder of geo-location tech company Drinqsmart Ltd.
“With fresh perspectives, female founders are well positioned to shake up the homogenous start-up world we’ve known.”

This year, 14% of venture capital investments in the US have gone to businesses co-founded by women, but the figure for e-commerce start-ups in particular is higher and is rising still, according to data compiled by PitchBook, a VC and private equity research company.
But many entrepreneurs and investors find e-commerce a tricky sector to nail down. E-commerce start-ups must master a range of functions – technology, logistics, marketing and supply chains – to become successful.
It is thought that MBA graduates have an advantage here: they must study a wide range of business sectors and functions as part of their programs, which are often referred to as “generalist”.
“A general MBA will provide the knowledge base from which to best manage all functions of a business, and the ability to effectively analyse and evaluate strategic options for growth,” says Caroline Followell, business development manager at the UK’s Henley Business School.
But e-commerce is attractive to entrepreneurs because its difficulty means there is less competition in the market. B2C e-commerce sales will increase by 20% to reach $1.5 trillion in 2014, according to research by eMarketer, but there is still significant room for growth. In the US, less than 10% of retail shopping is done online.
Fashion is one of the hottest areas for female founders to make their mark, an area where many of them are of a similar demographic to the ones which they are targeting. 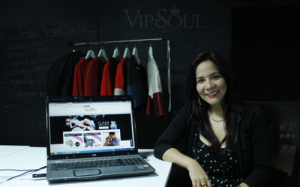 Other female founders, however, have had no problem securing investment. Faviola Palomino says that investors are looking for a “sexy start-up”, regardless of the founders’ gender.
She launched her start-up, VIP SOUL, an online fashion and lifestyle market, in 2012 and has been approaching angel investors to raise capital. VIP Soul’s user base has shot up to 5,000 since winning the Wayra competition in 2012, and the company has received funding from the Peruvian Government.
Part of the reason for the increase in the number of female founders, suggests Faviola, is that this generation of women are more concerned about education.
“As millennials, we are more focused on our career success than our male counterparts,” says Faviola, who earned an MBA degree at Italy’s MIP Politecnico di Milano.
The rise of technology including the internet and social media has “levelled the world of business”, according to Caroline from Henley. “Women are increasingly realising that they can be [a] master of their own destiny and not be held back by corporate politics and unconscious bias,” she says.
“Often, the MBA provides women with the confidence and self-esteem to take the plunge,” she adds.

Read the full article by Seb Murray at businessbecause.com