Fuocoammare, the Italian documentary at the Oscars

The Italian documentary 'Fuocoammare' by the Italian director Gianfranco Rosi, after winning the Berlin Film Festival’s Golden Bear, was among the five films nominated Tuesday... 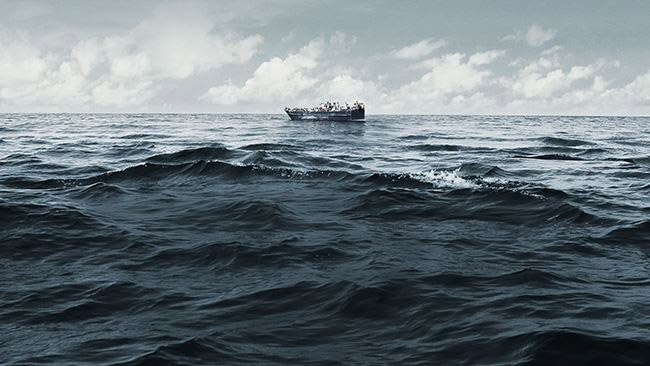 The Italian documentary ‘Fuocoammare’ by the Italian director Gianfranco Rosi, after winning the Berlin Film Festival’s Golden Bear, was among the five films nominated Tuesday for the Oscar as the best documentary this year. This is the latest chapter of the long special relationship between the Italian cinema and the Academy Awards.

Fuocoammare, the story of two worlds

Fuocoammare, literally “Fire at sea”, is more than a story about the migrant crisis in Europe. First and foremost, it’s a movie about Lampedusa, the tiny island southern the Sicily coast and first landing place of the heartbreaking and often deadly journeys of the refugees from north Africa. The director focused his camera on the two worlds that never fully interact on this 7.8-square-mile island: one are the islanders, fishermen who have lived and died by the sea for centuries; and the other are the migrants and the Italian Coast Guard officials dedicated to saving them. These two worlds, are far away to each other for many reason but  Gianfranco Rosi weaves them together to make a deeply engrossing documentary.

The islanders point of view

The main point of view of Fuocoammare is the one of the people of Lampedusa who have been hit by this huge human tragedy. As the Gianfranco Rosi said in a recent interview: “Lampedusa was always told from the media, from the television through the lens of the migrant crisis. And Lampedusa, the people living there, were somehow dismissed by this. I wanted to switch the point of view and tell the story of the migrants through the eyes of the people of Lampedusa.”

In fact, Rosi presents the island through the eyes of two people: the doctor Pietro Bartolo, who’s haunted by memories of dying migrants, and 12-year-old Samuele Pucillo, who spends his time hurrying around Lampedusa, studying English and dealing with a lazy eye.

This two characters represents the different ways of how the inhabitants of the island are dealing with the refugees. Pietro is the point of contact between Lampedusa and the migrants. Samuele is the voice of innocence, the child who doesn’t fully understand the tragedy unfolding around him.

Here you can watch the trailer of Fuocoammare: