Imagination is at the center of the Italian psyche. It may reflect itself in the man-made marvels you find in the cities but even more in the... 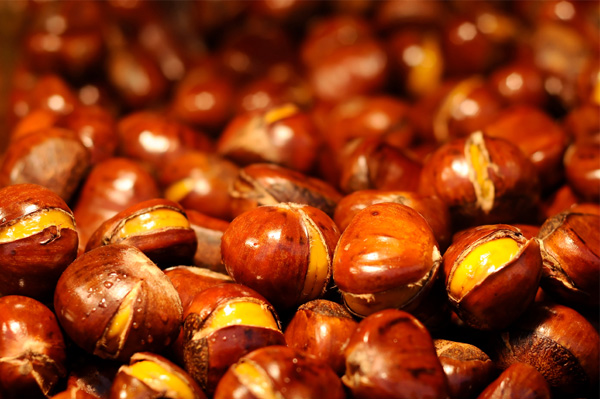 Imagination is at the center of the Italian psyche. It may reflect itself in the man-made marvels you find in the cities but even more in the legends attached to its natural beauty. Every stream, every pathway, every tree has its own story and I just found a really quaint one.

Cycling along the Linguaglossa road in Sant’Alfio, on the eastern slope of Mount Etna in Sicily, I came across this green 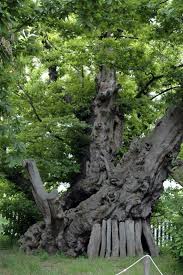 giant. The Hundred Horse Chestnut (Italian: Castagno dei Cento Cavalli) is the largest and oldest known chestnut tree in the world.  It owes its name to the legend of Giovanna I of Aragon, the Queen of Naples.  While she was travelling with a suite of a hundred knights, they encountered a sudden rainstorm and the whole party (along with the horses!) sought shelter under this huge tree.

Believed to be between 2,000 and 4,000 years old, this tree’s age is particularly impressive because Mount Etna is one of the most active volcanoes in the world and the tree is only 5 miles from the volcanic crater. It is also listed by Guinness World Records as having the “greatest tree girth ever,” 190 feet in circumference. The more interesting part, however, is how incredibly proud the locals are of “their” tree and each of them will regale you with ornate versions of the legend.

You might wonder why someone would care so much about a tree. But on closer inspection you realize, it’s not just the tree, it’s the history and legend that connects these people to their past. And just like this tree which stands strong in the face of adversity, they too continue to persevere through these hard times.