Italian firefighters have been honored as International Firefighting Team of 2016: all Fire Department teams that helped during the series of earthquakes in central Italy... 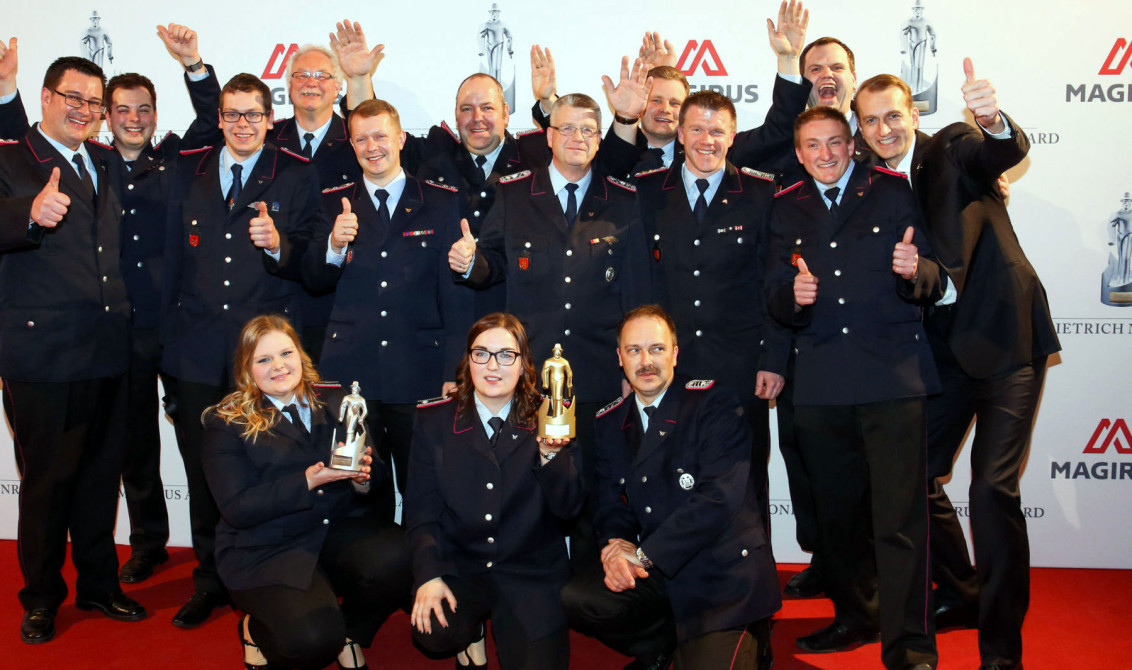 “Fire departments make an enormous contribution to our society,” says Marc Diening, CEO of Magirus. “The winners of the Conrad Dietrich Magirus Award 2016 represent the many hundreds of thousands of personnel worldwide who risk their lives daily.”

The Oscar of the firefighting industry

The Conrad Dietrich Magirus Award is now in its fifth consecutive year and is considered to be the “Oscar of the firefighting industry“. Over one hundred fire departments from numerous cities and municipalities throughout Germany as well as from Europe, South America, Asia, Oceania and the Middle East participated in the competition, often with daring missions. The winners received the most votes both from the jury and online voters. This resulted in the teams from Italy (international award) and Lower Saxony (national award) being the clear winners. They received the Conrad Dietrich Magirus Statue as well as a trip for ten members from each fire department to the most well-known fire department in the world: The Fire Department City of New York (FDNY).

Perfect teamwork of the Italian firefighters

During the awards ceremony, the invited guests repeatedly viewed images of the impressive performance of this year’s winners and finalists. The pictures illustrated that the actions of the Italian winners are a prime example for exceptional teamwork. On 24 August 2016, an earthquake of magnitude 6.2 destroyed numerous villages in central Italy. People had to be rescued from the rubble and approximately 40,000 people brought to safety. Teams from over twelve regions as well as the large cities of Rome, Arezzo, Bologna, Venice and Pescara sped to the disaster area in central Italy to help with all possible resources. The rescue teams had carried out 26,251 relief operations by 22 September 2016.