Cakes and fashion may seem an odd coupling, but despite appearances food is emerging as a new frontier for luxury goods. Sales of “Made in Italy” €1000 handbags... 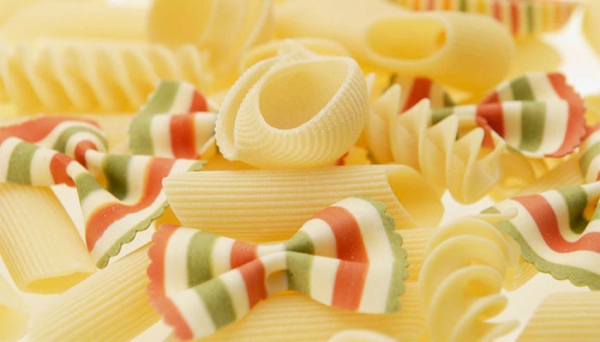 Cakes and fashion may seem an odd coupling, but despite appearances food is emerging as a new frontier for luxury goods.

Sales of “Made in Italy” €1000 handbags and €700 shoes may be slowing amid falling demand from Chinese buyers and austerity-minded US and European consumers. But premium Italian foods – from raisin-filled Christmas sponge cakes to Parmesan cheese and gianduja hazelnut chocolate – have become a feeding ground for investors looking to jump into the global trend for eating well.
“I’m convinced of an enlarged view of luxury and wellness,” says Patrizio Bertelli, chief executive and co-founder of Prada along with his wife, the designer Miuccia Prada. He plans to roll out a chain of Marchesi coffee and cake stores in Dubai, Hong Kong and Tokyo for starters.
Mr Bertelli is not alone in the fashion business in getting a taste for food. Bernard Arnault, chairman of LVMH, bought Cova, another Milanese pasticceria, last year and insiders say that, like Mr Bertelli, he has plans to expand.
Renzo Rosso, the entrepreneur behind Diesel and Marni, has bought BioNatura, an Italian organic food chain. Fashion designer Brunello Cucinelli is reclaiming industrial land flanking his hilltop village Solomeo where he intends to produce olive oil.
Meanwhile, in Italy’s wine industry a new generation of luxury entrepreneurs is seeking to put the stamp of their experience with branded high-end goods on a sector that has lagged behind better-marketed rivals in France and California.

Gaetano Marzotto, head of the Italian clan that developed Valentino and Hugo Boss, is behind Ca’ del Bosco, a high-end wine brand. Members of the Ferragamo shoe dynasty have developed wine labels Il Borro and Castiglion del Bosco, while the founder of Italian underwear chain Calzedonia is opening a chain of wine stores called Signorvino.
Luigi Consiglio, who has advised many of Italy’s food groups, says there are parallels between Italy’s nascent fashion industry in the 1980s and its food industry today – both feature small family-owned groups with great products that are able to command a premium overseas.
“It is not about just selling food, it is about selling dreams,” says Mr Consiglio.
Diego Selva, head of investment banking for Bank of America Merrill Lynch in Milan, says Italy’s premium food industry shares similarities with the luxury goods industry, such as “allure and exclusivity,” while facing the same obstacles, such as the need for “proper distribution and international presence”. “It is all to build,” he says.
Italy’s food exports totalled €27.4 billion in 2013, up 27 per cent on 2007, its previous peak, according to Italian think-tank Censis in a report published this month.
Italy has several large established industrial food groups – Ferrero, maker of Nutella; pasta and dry goods group Barilla; and The Bolton Group, the world’s second-largest producer of canned tuna.
But the new wave of investors in Italian food entrepreneurs is focusing on Italy’s biodiversity, its artisanal qualities and the great variety of its cuisine. Italy has 266 products which have an indication of origin – the DOC or DOCG marque – such as pesto from Liguria. This is higher than France, its closest foodie competitor, with 216.
Companies including Giovanni Rana, which controls 40 per cent of the global market for fresh pasta, or the Italian food chain Eataly, are commanding multiples equal to those in the luxury goods industry.
Sales of Giovanni Rana pasta are up 20 per cent year on year. Eataly’s New York flagship is making €70 million in revenues this year, having opened only in 2010.

Oscar Farinetti, the entrepreneur behind Eataly, which has more than 20 stores worldwide, plans to list the chain on the Milan stock exchange as early as next year to help fund expansion.
The biggest private equity deal in Italy this year was Charterhouse Capital Partners’ €300m purchase of 80 per cent of Nuova Castelli, the largest Italian exporter of Parmesan cheese. Dante Bigi, the founder who still owns 20 per cent, said the aim is to increase production of its Parmesan cheese truckles to 400,000 a year from 120,000.
FSI, the Italian state private equity fund last month bought a stake in Cremonini, one of the big meat producers in order to fund its international expansion.
Francesco Moccagatta, managing director of N+1 SYZ, a mergers and acquisitions boutique, last year advised two Turkish businessmen on the takeover of Pernigotti, the Italian chocolate and ice cream company, which has €450m in revenues.
The attraction of Italy’s small food companies, he says, is that they are positioned to tap into projected changes in Chinese food consumption habits and to appeal to US and European demands for premium foods and general attention to wellness and eating well.
“There is more growth potential than in personal luxury goods because healthy is a global trend – it also costs €600 for a Louis Vuitton bag but €30 for a great piece of prosciutto,” Mr Moccagatta argues.
“Today you can also have it shipped anywhere in the world and the internet gives you a shopping window for the world,” he says.