After 3 years of negotiations an Italian railroad holding company owned by the Italian government, Ferrovie Dello Stato Italiane S.p.a., is buying the... 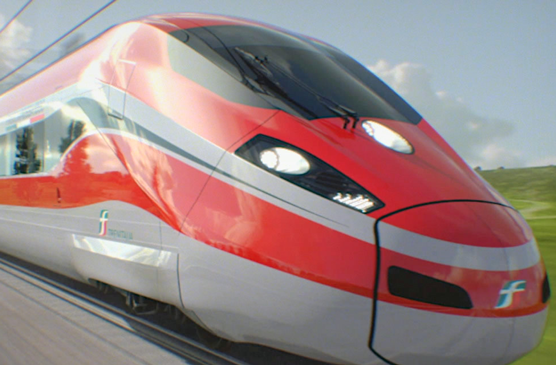 After 3 years of negotiations an Italian railroad holding company owned by the Italian government, Ferrovie Dello Stato Italiane S.p.a., is buying the Greek railway operator TrainOSE. The details of the business deal were officially announced by the Greek asset development fund HRADF. The latter has accepted the 100% stake binding offer put forward by the Italian holding.

• Ferrovie dello Stato is the third biggest European railroad company
• 130 million euro is the turnover of TrainOSE
• 45 million euro has been the final transaction price
• The two biggest competitors of the Italian railroad holding for acquisition the Greek company were the Russian rail giant RZD and an authoritative group of Greek investors
• The business deal has been approved by the Council of Experts and other two independent experts
• The transaction will be completed by signing the share purchase agreement. This will happen after the final approval of the Court of Auditors reviews the tender envelope

A good bargain for TreinOSE? Yes!

As mentioned above, Ferrovie dello Stato S.p.a is a major Italian railroad operator known for its focus on innovations and a high technological content. For certain, it is likely to pass its vast professional experience (110 years) and the knowhow to the Greek company. What is more, TrainOSE is expected to boost the figures in terms of profitability and general development with the help of the Italian railroad holding.

But these are not the only benefits of the Greek railway operator. It’s very likely that the acquisition of TrainOSE by Ferrovie resolves the sticky situation of TrainOSE. Some problems of TrainOSE emerged when the European Commission took a legal action against the company suspecting it of getting an illegal aid provided by the Greek Railways Organisation. The latter now declares that TrainOSE owes it 750 million euro.

Does Ferrovie reap some benefits, too? Yes!

Actually it is be reasonable to raise a question about which have been the grounds for such a move for the Italian railroad company.

The main explanation of the business decision of the management of Ferrovie is the following. One of the points of the industrial plan of the Italian railroad giant that will be presented in the nearest weeks is international expansion. The transaction under discussion seems a perfect step to the implementation of the plan.

The ambitions of the Italian railroad do not end here

In fact, soon after the official announcement of the Italian-Greek acquisition deal the Italian Minister of Infrastructure and Transport and his Iranian colleague signed a declaration for a future collaboration. If the agreement is successfully completed the Italian company will take part in the preparation and the fulfilment of the project of the two new high speed railway lines in Iran.