Debut at embassy to mark end of Italy's EU semester ANSA - The Pushkin Museum of Fine Arts in Moscow is hosting an exhibit on Italian Renaissance paintings... 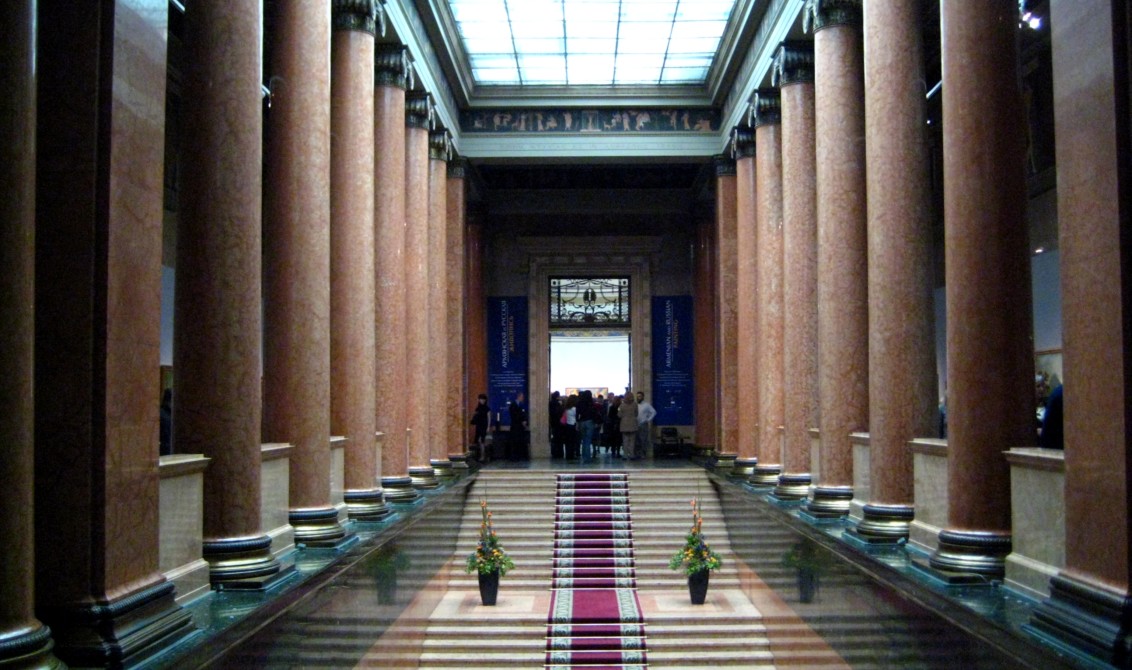 Debut at embassy to mark end of Italy’s EU semester 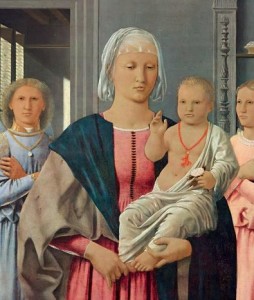 The exhibition is promoted by the Italian embassy in Moscow to mark Italy’s duty presidency of the European Union and the Russia-Italy Cross Year of Tourism, which vies to boost tourist flows in both countries. The show is focused on four paintings from the second half of the 1400s with a common inspiration – the Madonna with Child, a holy image at the center of both Byzantine icons as well as Italian Renaissance art.
The exhibit will particularly focus on the painting ‘Madonna and Child with Two Angels’, also known as the ‘Madonna di Senigallia’, a late work from about 1474 by Renaissance master Piero della Francesca.
The Sansepolcro-based artist, who died in 1492, painted in various parts of central Italy and this work belongs to the Galleria Nazionale delle Marche in Urbino. The stunning painting was only attributed to della Francesca in 1854 and shows a Madonna with lowered lids and a slightly turned head, as if she knows what lies ahead for her child, while the baby who raises one hand in blessing.
Behind them are a pair of guardian angels, striking in a background of timeless stillness.
Also on show will be masterworks by three of Piero della Francesca’s contemporaries: the ‘Madonna and Child’ by Carlo Crivelli, the ‘Madonna with Sleeping child’ by Cosimo Turà and the ‘Madonna of the Red Cherubs’ by Giovanni Bellini. Bellini’s painting was exhibited for one day on Tuesday at the Italian embassy, Villa Berg, which has hosted a number of exhibits. Following masterworks by Raphael, Bernini, Botticelli, Lotto, Caravaggio, Bronzino and Mantegna, the Italian embassy will be showcasing Giovanni Bellini for the second time after showing his ‘Portrait of a Youth’.
“We have chosen Italian Renaissance art to close the intense semester of Italian EU presidency, after discovering over the past few years that it is incredibly appreciated by the Russian public,” said ambassador Cesare Ragaglini. “The semester saw Italy engaged in several challenges, first to ensure greater growth of the European economy and a more effective fight against unemployment, especially among the young, which has reached unsustainable levels,” he added.
The ambassador said that during Italy’s six months in the rotating presidency, it has faced issues on the international stage, from the Middle East, Libya, Syria and Iraq to Ukraine.
“Cultural relations have always been a pillar of bilateral relations between Italy and Russia that have enabled our two nations and populations to maintain an intense and warm dialogue even during the most difficult phases on the international scene,” the ambassador added.

Italy will also pursue the Pushkin Museum’s interest in Italian art by bringing to Moscow other Italian masterpieces over the next few months and years, he said.
Ambitious projects include future exhibitions on Michelangelo as a sculptor and architect, on Caravagesque painters and on Dante and the figurative arts on the 750th anniversary of the medieval writer’s birth next year.