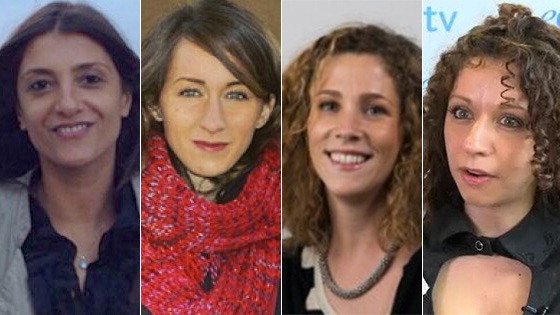 In italian research, women scientists make a difference. Four Italian researchers – Emanuela Palmerini, Carlotta Antoniotti, Marta Schirripa and Caterina Fontanella – won the Conquer Cancer Foundation Merit award of the American Society of Clinical Oncology (Asco). The four young Italian oncologists were presented with the award – a recognition of their ground-breaking work – during the Asco conference in Chicago, the world’s leading event in this industry.

A recognition to Italian research

According to Emanuela Palmerini, MD Chemotherapy Ward of Muscoloskeletal Tumors with the Rizzoli Orthopaedic Institute in Bologna, this is an important award that recognizes the role of  italian research but also helps raise awareness on rare tumors. Palmerini is a specialist in Musculoskeletal Oncology, Bone and Soft Tissue tumors, and was awarded for a study on Ewing’s sarcoma. “We have shown – she says – the effectiveness of a new chemotherapy treatment with a combination of two drugs, in patients with advanced cancer. A great achievement because the collateral effects are reduced and because this is a rare desease that affects mainly children”.

Carlotta Antoniotti of the University Hospital of Pisa is an oncologist that studies colorectal tumors; she was awarded for the results of an Italian research project that successfully tested the combination of chemotherapy and a biologic drug.

“We want to stay in Italy”

Marta Schirripa, after studying at the University of Southern California, is currently a post-graduate student at the University of Pisa, while Caterina Fontanella is now a post-graduate at Udine’s Hospital after spending 18 months in Frankfurt at the German Breast Group. Their respective studies on colon cancer and breast cancer were considered by the Conquer Cancer Foundation “among the best in the world”. The two young Italian researchers have expressed their satisfaction for the international recognition but said they want to work and do research in Italy.

The role of women in science

The Asco conference 2016 marks a huge success for Italian research, the quality of Italian universities and hospitals and also the significant contribution that women give to research. Italian excellence in research and innovation, with a focus on young and talented women, was also at the center of the most recent edition of the Sapio Award for Research and Innovation. The aim of the Sapio Award for Research and Innovation is to stimulate innovation by awarding those who do research and create innovation and who represent the excellence of Italy. This year’s edition was especially dedicated to women researchers and to highlighting the vital role that women have played and still can have for scientific progress.