How Italy can grow thanks to young entrepreneurs: the BEST Scholarship case

The term “Start up” finally became part of the Italian jargon. This evolving scenario presents new perspectives for Italian entrepreneurs and start uppers. Italy has, despite the crisis,... 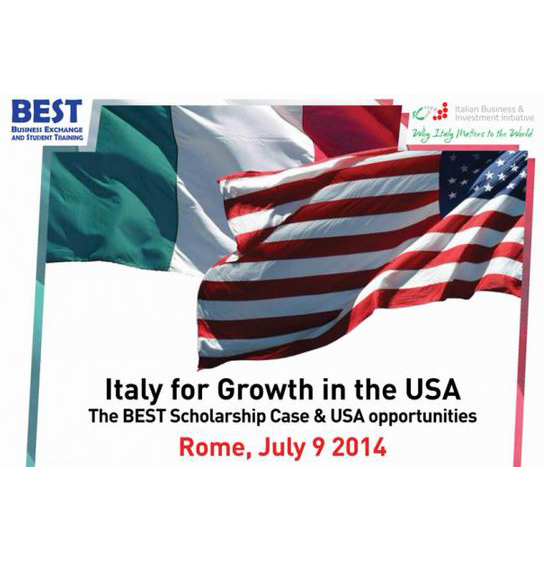 The term “Start up” finally became part of the Italian jargon. This evolving scenario presents new perspectives for Italian entrepreneurs and start uppers. Italy has, despite the crisis, embedded strengths, yet not fully exploited. Among these: high tech capabilities, pronounced entrepreneurial attitude, and a pool of young qualified talents. Nowadays, corporations and institutions need high-tech to favor and expedite change.

The challenge is, however, two pronged. One criticality is that Italy originated start-ups have, by and large, a domestic scope. While not all can become global, the Italia market is small. Scaling up in other European geographies is expensive and complex, being the currency the only common element. The second is that the much sought after “exit” of the investment is still much too rare a circumstance that a “trend” is not there as of yet. Successful experiences, such as the Israeli, suggest that a USA landing maximizes the exit opportunities while diminishing the risk for both entrepreneurs and investors. Companies whose core businesses leverage high tech crave for success stories to leverage, acquire, and integrate. BEST is providing a new generation of young entrepreneurs with such a perspective.

This year the event will focus on  the BEST Scholarship, a program in cooperation with the U.S. Embassy to Italy, U.S.-Italy Fulbright Commission and Invitalia that since 2006 awards young entrepreneurs, economists and researchers. It will be also an opportunity to talk about Italy and US joint economic activities for 2014-2015 and to present IB&II achievements on its third anniversary.

The panel that will involve Italian representatives coming from politics, media and corporation, as well as from the startup ecosystem, will be introduced by John Phillips, U.S. Ambassador to the Republic of Italy and San Marino.

Have a look at the agenda: http://bit.ly/VzpaYJ