Juice, the mission to Jupiter with Italian solar panel

The "Made in Italy" will land on Jupiter. Leonardo-Finmeccanica, the Italian enterprise involved in the defense, aerospace and security fields, has been charged with designing... 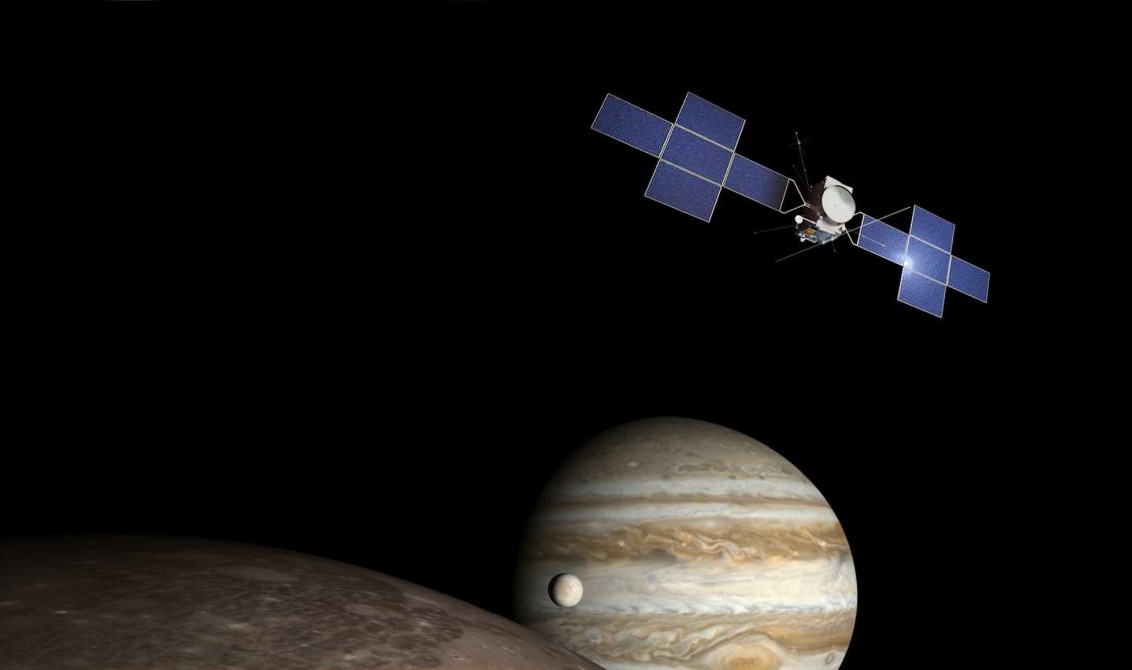 The “Made in Italy” will land on Jupiter. Leonardo-Finmeccanica, the Italian enterprise involved in the defense, aerospace and security fields, has been charged with designing of the biggest solar panel ever built for space explorations. It will join the mission “Juice”, an acronym for Jupiter icy moon explorer, which will fly to the biggest planet in our solar system, more than 750 million kilometre far from the Earth.

97 square metres of “Made in Italy” in the outer space

Leonardo-Finmeccanica has won the contract with Airbus Defense & Space, which will built the space probe. The Italian photovoltaic generator will occupy a total surface of 97 square metres, divided in ten solar panel composed of Gallium Arsenide (GaAs) cells, a crystal that converts the sunlight into electricity, streamlined for low-intensity enlightenment and low temperature conditions. The panels will be able to power the space probe even when the sunlight, because of the great distance, will be 25 times weaker than the one that arrives on Earth and the temperature will be of -230 degrees centigrade.

Juice, a mission in the footsteps of Galileo

The mission Juice has an ambitious purpose: exploring three of the four moons of Jupiter, Ganimede, Europa and Callisto, discovered by Galileo Galilei in 1610, to discover if they can accomodate conditions favorable to life. Scientists think that there could be vast oceans under the icy surfaces and Juice will explore the inner layers of the moons to verify it.

The probe will lead to Jupiter also other Italian technology thanks to the Italian Space Agency support (Asi) who has contributed, along with the National Institute for Astrophysics (INAF) and the Parthenope University of Naples, to the realization of the high definition camera “Janus” and the Majis spectrometer, made under the guidance of French space astrophysics Institute (IAS).