What happens when two diverse worlds meet and create something beautiful? Can advertising turn into art or can art become advertising? This is the challenge... 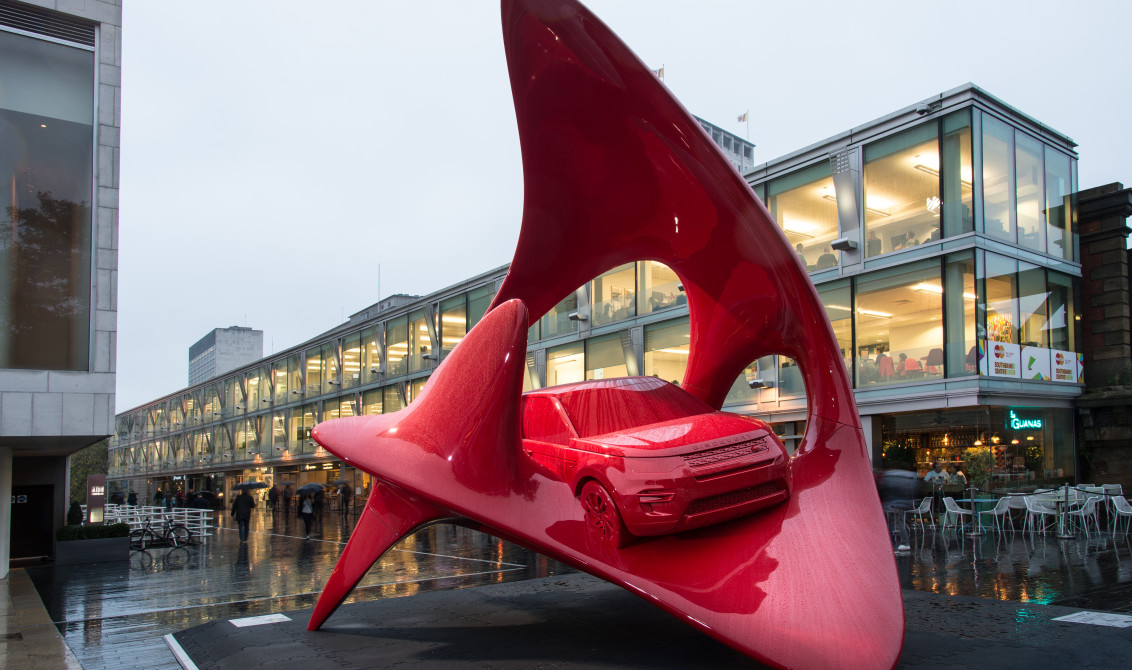 What happens when two diverse worlds meet and create something beautiful? Can advertising turn into art or can art become advertising? This is the challenge that Land Rover, the german auto factory and the Italian artist Nino Mustica have taken on.

To celebrate the Rugby World Cup sponsorship, the Land Rover’s Design Director and Chief Creative Officer, Gerry McGovern, had a big idea.  He call the acclaimed italian artist Nino Mustica and asked him to work on a new kind of advertising, not only for the Rugby world Cup but also for the new Land Rover’s advertising campaign “Unstoppable Spirit” (you can see the video in our right slide). Forget the billboards, the typical stands and all the usual kind of sponsorship advertising you are used to. In this second time that the two have collaborated and the result is something special.

The result of their work is: “The Catch”.

Taking influence from modernism, The Catch is a unique sculptural form; a fusion of art, automotive design and sport. The statue is inspired by the line out. One of the most important moments of any hard fought match, the line out demands a unique combination of power and finesse; two qualities clearly manifested in this unique sculpture.

Constructed in Turin, Italy, The Catch is 8.2 metres high and 10 metres wide and took a team of forty people over 10,000 man-hours to build. Each sculpture features over 100 square metres of artificial grass and recreates the Land Rover Discovery Sport in a scale of 1:1. There are also 39 individual lights, which are used to create an abstract light show representing the colours of the 20 competing nations. Two identical Statues are on display in the fan zone at Twickenham, England, and in front of the Millennium Stadium in Wales for the duration of Rugby World Cup 2015.

Nino Mustica was born in the eastern Sicilian town of Adrano. He inherited his mother’s passion for painting and music, while his father – an engineer – instilled in him a love of drawing and architecture. He went on to study at Rome’s Academy of Fine Arts after his initial training at Catania’s Art Institute.
In the early 1970s he spent time in London and Copenhagen, before he moved to New York in the early 1980s.

In 1986, he settled in the northern Italian metropolis of Milan. Mustica taught at the famed Academy of Fine Arts in Brera and also tutored in Budapest before returning to Milan, this time to the well-known technical university (Politecnico).

In 1994, his art took a significant step forward when he started to use 3D modelling software to further elaborate his paintings, transforming colour and its emotions on canvas into ‘shapes of colour’. This process still remains unique and truly personal.