Ludovico Einaudi concert to save the Arctic

The russian writer Fedor Dostoevskij once said: “The beauty will save the world.” and Ludovico Einaudi, italian pianist and composer, has turned this idea into... 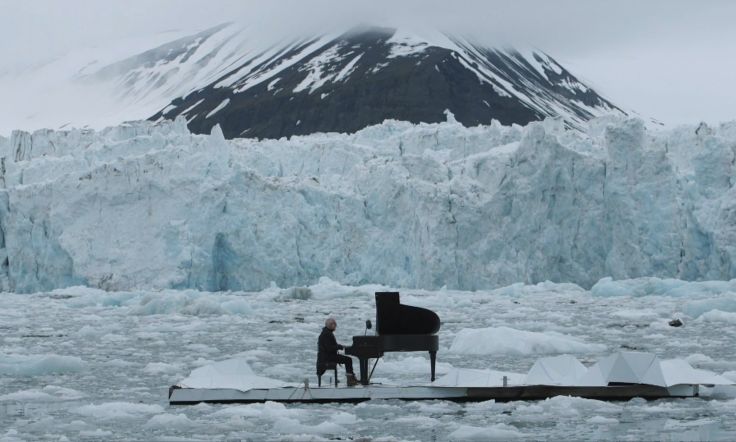 The russian writer Fedor Dostoevskij once said: “The beauty will save the world.” and Ludovico Einaudi, italian pianist and composer, has turned this idea into music. With the goal of focusing the public opinion on the importance of save the Arctic, he has decided to perform with his piano in the middle of the Arctic pole, surrounded only by ice and silence. The result was pure magic.

8 million voices in the Arctic

Last June the Greenpeace ship Arctic Sunrise set off from the Netherlands carrying a special load: the voices of eight million people. Messages from around the world calling for governments to save the Arctic from threats such as oil drilling and destructive fishing.

As the ship stopped in Svalbard, Norway, Europe’s gateway to the Arctic, it welcomed aboard Ludovico Einaudi. With him only a grand piano, to undertake one of his most challenging performance yet. Ludovico Einaudi has turned those eight million voices into music. He played his sonata “Elegy for the Arctic”, that was specially composed for this occasion. As he performed this piece for the first time, in the middle of this ice desert and with icebergs and a surging glacier as audience, the music echoed across the ice, given to his message an endless power.

Ludovico Einaudi was born in Turin. His father was a publisher that has worked with authors like Italo Calvino and Primo Levi, and his grandfather, Luigi Einaudi, was President of Italy between 1948 and 1955.

After studying at the Conservatory in Milan, he spent several years composing in traditional forms, including several chamber and orchestral compositions. He soon garnered international attention and his music was performed at venues such as the Teatro alla Scala, the Tanglewood Festival, Lincoln Center, and the UCLA Center for Performing Arts.

During the 90 he began to compose film soundtracks, like the soundtrack for “Fuori del mondo”, for which he was nominated for an Oscar Award. His music was also included in the soundtrack of many blockbuster movies like “Black Swan”, “I’m still here” or “J.Edgar” of Clint Eastwood.

Here is the video of his concert on a floating platform in the Arctic. Please Enjoy.