MBA students are helping to fuel India's start-up scene – boosted by a flood of venture funding and the growth potential of its mobile and e-commerce markets. When... 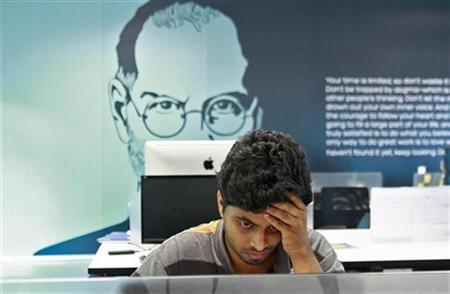 MBA students are helping to fuel India’s start-up scene – boosted by a flood of venture funding and the growth potential of its mobile and e-commerce markets.

When Mahek Shah returned to India from Europe with an MBA degree in his pocket, it was much easier to approach venture capitalists with a pitch for his business, Active Analytic, which is trying to capitalize on India’s e-commerce boom.
“We are still trying to scale-up, but it’s a positive moment,” Mahek says of his quest to secure investment. An MBA at MIP Politecnico di Milano in Italy allowed him to sample Europe’s investment climate.
“The diversity in my class really helped – the perception of how to approach a client and the different ways to communicate,” he says. 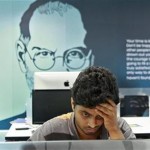 He is hoping that his start-up, which sells packages to SMEs which include a range of online services to boost visibility, can ride the technology wave to new heights in Hyderabad, Southern India.
“There have been some amazing technology businesses here, and web and mobile products are viewed positively,” says Mahek. “The market is so huge and it’s just begun,” he says.
The entrepreneur’s excitement is reminiscent of the enthusiasm that is developing for India’s start-up scene after a period of market expansion and high-profile investments.
“Undoubtedly there’s been optimism about the future over the last two years. You can see it in the air,” says Dean Ajit Rangnekar of the Indian School of Business, the country’s highest-ranking business school.
“In 2009 when this financial meltdown happened globally, we saw a huge spurt in entrepreneurship,” he says.

A cluster of Indian start-ups have announced substantial rounds of funding this year, including Quickr, the online classified group which raised $60 million last month in a deal led by Tiger Global, the New York-based investment firm.
Silicon Valley venture groups sense the potential, and are unlocking funds for the next generation of India’s entrepreneurs.
Funds such as Sequoia Capital and Accel Partners, both Bay Area stalwarts, have helped to increase venture investment into internet companies to $2.1 billion in 2014, up fivefold on 2013, according to Thomas Reuters data. Total early-stage VC investment has topped $1 billion for the first time in seven years, according to consultancy EY.
Technology firms show the greatest signs of growth, but for-profit social enterprises are also on the rise in India, says Dean Ajit.

Read the full article by Seb Murray at businessbecause.com