Mysterious Park of Monsters in the Central Italy

If you are planning to visit Rome or other cities around the Italian capital, it would be a nice idea to include some unusual sites... 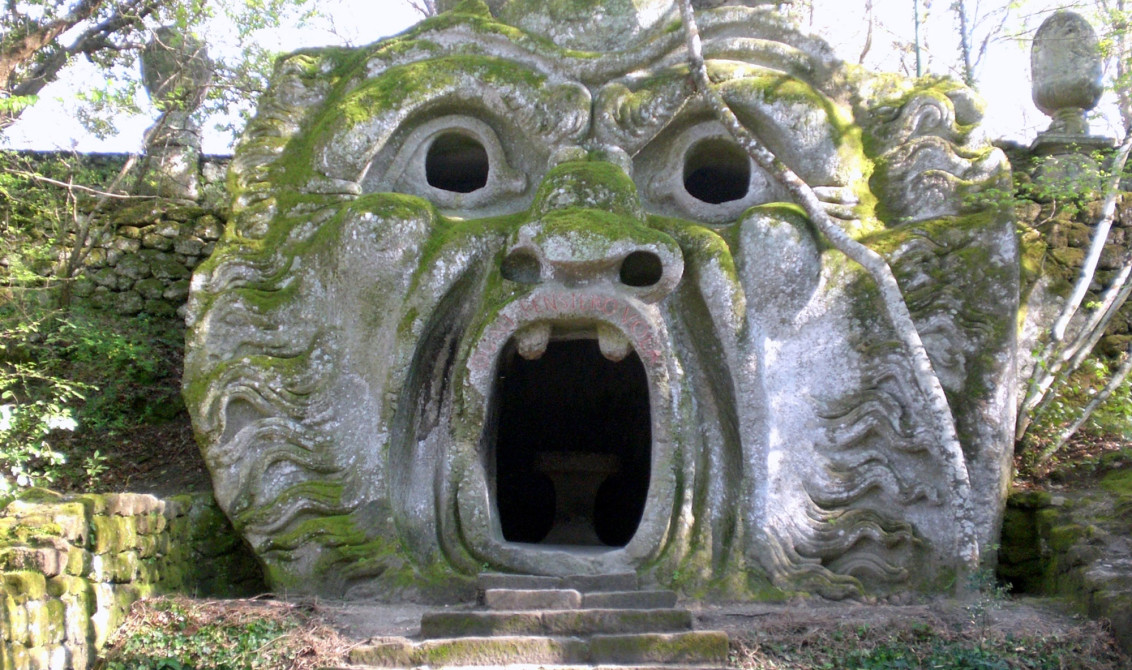 If you are planning to visit Rome or other cities around the Italian capital, it would be a nice idea to include some unusual sites to your tourist itinerary. Ready to accept the challenge? Today we are going to tell you about a completely peerless destination: The Park of Monsters located in a small town called Bomarzo about 70km northwest from Rome.

A horror theme attraction? No, a one of a kind art installation! 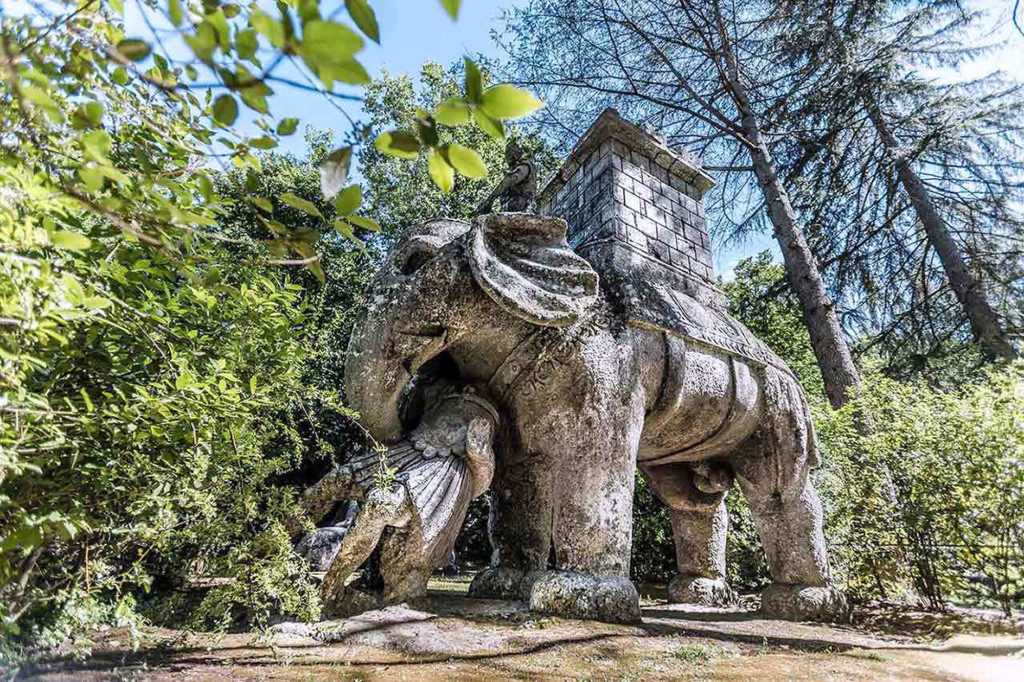 The trip to The Park of Monsters is somewhat like a time travel. Just an hour drive from the bustling streets of Rome and you literally find yourself in the Renaissance era which appeared to be a period of great cultural change and achievement for Italy. The Park of Monsters in Bomarzo is actually a beautiful garden full of huge sculptures of “monsters” that were created in the 16th century.
However don’t get scared: the Park of Monsters is not a horror type of place. Walking among the ancient pieces of art you will feel more like exploring the mysteries of the Italian art and culture of those years. More than 25 sculptures will unfold their strange mythological shapes and scary looks. Huge mysterious ornaments, a leaning house and many bizarre creatures will make it a lifetime experience both for adults and kids.
Proteus – the son of the sea god Neptune, Orcus – a god of the underworld, Cerberus – a three-headed dog, Aphrodite – the Greek goddess of Love, Hannibal’s war elephant, – these are just a few of the park’s main attractions.

The Park of Monsters: a piece of history 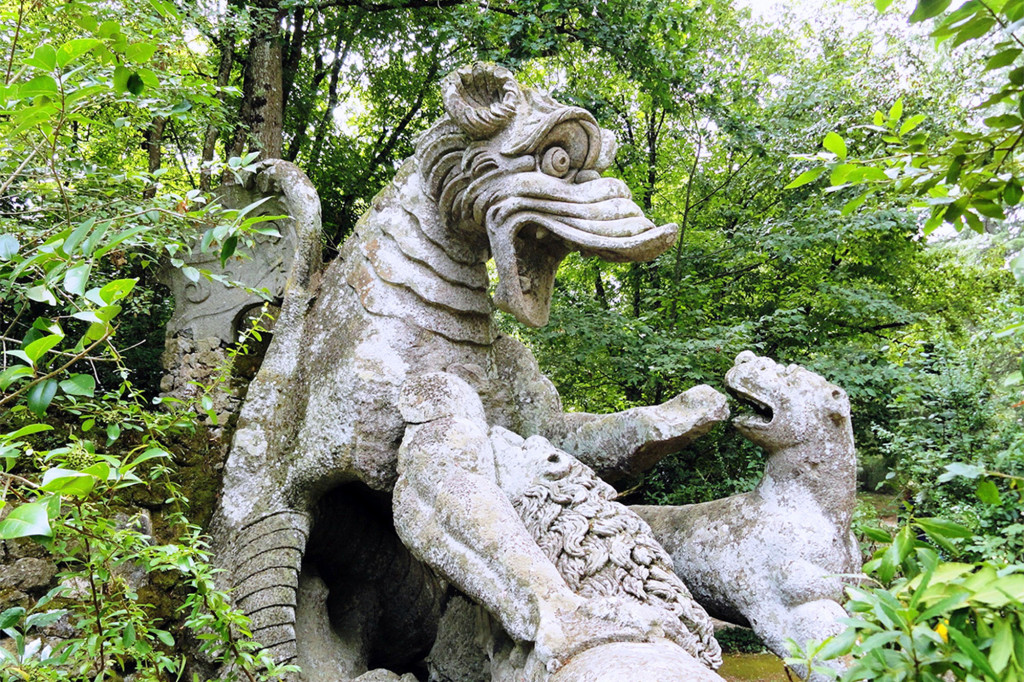 The mysterious garden was created in Bomarzo in the 1552 and still today there are no other similar places in the world.

According to the legend it was Pier Francesco Orsini, a noble man who back then was the owner of the Bomarzo area, to come up with the idea of The Park of Monsters. Pier Francesco ordered the creation of the garden to a famous Renaissance architect Pirro Ligorio who designed and carved in bedrock all of the magical creatures and monuments that still today can be found in the park.
Unfortunately after Francesco’s death The Park of Monsters was abandoned and remained forgotten for 400 years. In the 1954 the new owner Giovanni Bettini restored the statues to their former glory. It’s also interesting that during these years nature managed to “merge” with the monuments, making the garden even more mysterious and appealing.