An abandoned factory, a deserted piece of land that used to power the economy of a community creating jobs and prosperity. It sounds like the... 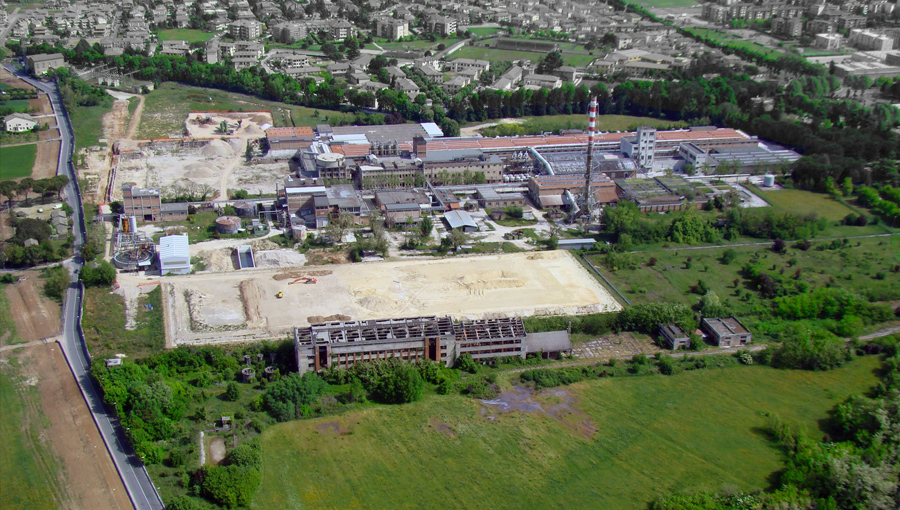 An abandoned factory, a deserted piece of land that used to power the economy of a community creating jobs and prosperity. It sounds like the story of many cities, all over the world, but it doesn’t always have to end with a loss for the workers and the territory. In the city of Rieti, in the Italian central region Lazio, not far from Rome, a group of resourceful people had quite an innovative idea.The factory that closed down is the Snia Viscosa, but the resourceful group consider it just as a starting point. Its abandoned premises are in fact a space that can be used to relaunch the entire economy of the province.

The story starts a couple of years ago, when 15 young people from Rieti, who in many cases had been forced to leave their town to search for a job, got together to discuss how they could help revitilize Rieti’s economy. They thought the old premises of Snia Viscosa would be the ideal starting point, not as a simple riqualification of a dismissed industrial site but as a urban regeneration project involving the entire territory and multiple players.

With the support of local association Rena, they started looking for qualified people to form a multidisciplinary team capable of devising and promoting a new vision for the development of Rieti, an innovative and sustainable development plan for the years to come. The team was meant to be international (the first promoters of the project are from Rieti but they were looking for people from any country) but also committed to the territory. The open call launched at the start of 2015 to gather people with the right ideas brought to the set-up of the NextSniaViscosa team, made of 12 people selected by Rena, the city administration (Comune di Rieti) and Italian bank Banca Monte Paschi di Siena (owner of two thirds of the former Snia Viscosa premises).

Recently, the group of 12 presented to the city its strategy dubbed “Next Rieti – connettere, trasformare, crescere” (connecting, transforming, growing). The riqualification of the former Snia Viscosa is considered the first step to capitalize on the entire territory’s strengths, both existing and potential, investing in training and job creation, promoting talent, supporting startups and launching concrete and immediate actions to trigger economic and social innovation. A timetable was laid out with all the steps that will take to the rigeneration of the industrial area of former Snia Viscosa that will become the new growth engine for Rieti’s economy.

The development plan focuses on five priority areas: agriculture and food, tourism, culture and sports, high-tech and life sciences, social innovation and green economy. The project calls on the contribution of all stakeholders: businesses and startups, universities, research centers and spin-offs, cultural organizations. The team has already attracted the attention of investors, policymakers and national industrial players and is now setting up a “trasformation agency” that will eventually take over the project and handle its roadmap with a long-term strategy.