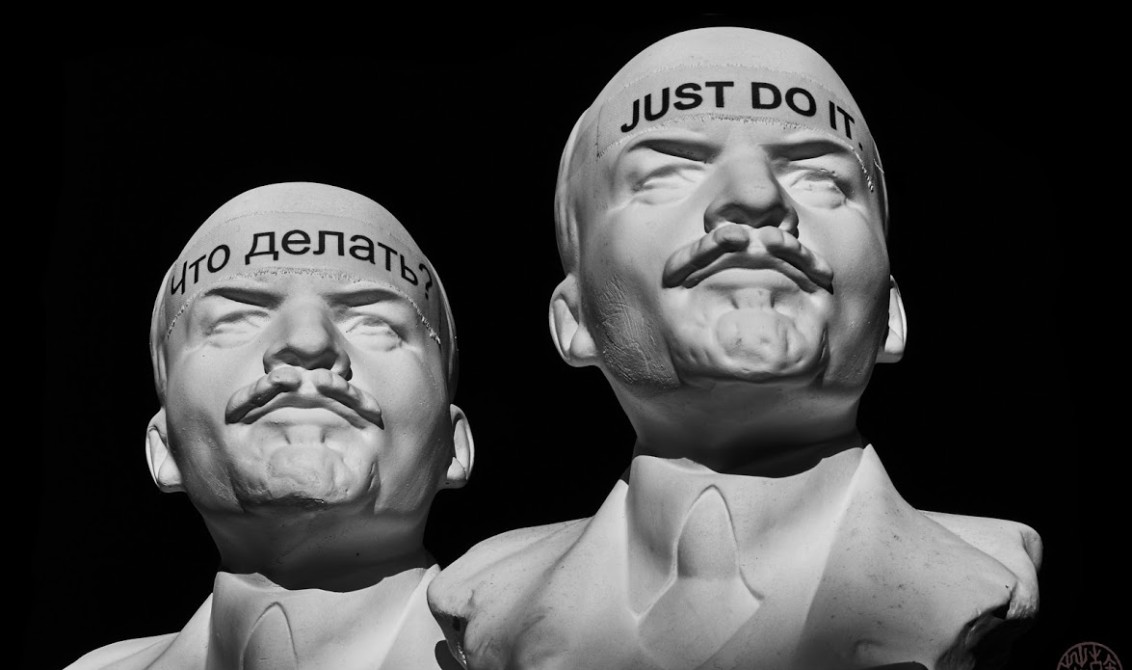 Not surprisingly the American artist Phil Haddock moved from the USA to Milan 25 years ago to express himself in a new way. In the charming Navigli district, where the old town meets nightlife, he has recently exhibited his works: ceramics, sculpture, and photography in a magic framework. Let’s learn more about his artistic language in the following interview

Question: Tell us about your work.

Answer: I generally work with hybrid forms, contemporary echoes of sphinxes, centaurs, winged lions, etc. And all of my work is related in some way to language. Metaphors are mongrels, linguistic mash-ups. A city is a language, for example. That’s the idea behind Shanghai 1931, alow-relief sculptural map of Shanghai-based on a paper map published by British colonial authorities in 1931. I took impressions in the clay of texts from a variety of writers ranging from André Malraux and Lu Xun to Italo Calvino, James Joyce and Allen Ginsberg. I cut up the texts and assembled them into a map where the words become streets and other urban spaces, including the river that runs through the city. For some parts of the piece, I used rubber stamps—the1842Treatyof Nanking in the lower right corner, for example. The Treaty ended the First Opium War and opened up five port cities, including Shanghai, to trade in opium, which the British shipped in from India, so the piece also references opium and colonial history. Malraux set his novel Man’s Fate (La Condition Humaine) in the streets of Shanghai in 1927, Lu Xunis represented by his famous story Ah Q. The Calvino connection is from his wonderful book, Le Città Invisibili (Invisible Cities), and Joyce appears in the river with quotes from the Anna Livia Plurabelle section of Finnegans Wake.

Q: Aside from metaphors, in what other ways does language figure in your work?

A: Well, sometimes I just play with words, as with the homonyms Lennon and Lenin, which shows up in Radio Lennon and in the piece called A Short History of the Soviet Union. So there a few pieces in which Lennon and Lenin are superimposed, so to speak. I also use individual words that I made out of porcelain, in Jingdezhen, China. It’s an amazing place that still bills itself as the porcelain capital of the world. While I was there I made a few thousand words, some glazed, some not, all fired in the Jingdezhen kilns and used them later in a number of different pieces. I used a similar technique for the Towers of Babble series. They all have text embedded in the surface. I built the models using porcelain and stoneware imprinted with fragments from Kafka’s The Great Wall (Beim Bau der chinesischen Mauer), Howl by Allen Ginsberg, and others. They’re slip-cast in porcelain, mostly with different celadon glazes.

Q: What are you working on right now?

A: In my last trip to Jingdezhen I made several radios as part of the Voicebox series of hand-built, press-molded or cast ceramic radios, books and letters/envelopes, most of which have speaker grilles (holes punched in the clay before firing), from which I imagine different voices emerging. I’ve been working with voices for years, mostly in my writing. I published a novel, The Book of Dog, which deals behind the scenes with the relationship between the artist and the voices s/he hears — real or imagined. Voice in fiction is like style in the visual arts, it dead-on identifies the author, like a signature that can’t be faked. It’s uncanny, spooky somehow. Even if you’re lucky enough to be in possession of a voice, it doesn’t belong to you. It’s more like it possesses you. It’s also a gift, and I think your responsibility as an artist is to develop it, to listen and to let it speak, for you or through you or embedded in your work.

A: It’s more like a pars pro-toto, it represents the artist’s work. I like the idea of taking a metaphor literally. Freud’s talk about digging up the unconscious — comparing himself to an archaeologist excavating ancient Rome — eventually led me to write a novel about a detective who mounts an archaeological dig in an apartment, destroying the place in the process. The metaphor that governs the novel wound up setting the tone for much of my later work, because to understand a metaphor — and some kinds of jokes — you have to see double: you see the literal surface and then you see something else and suddenly you get the joke or make the connection and you see both aspects at once.

Q: What have metaphors got to do with your sculptures?

A: Like metaphors, the bronze hybrids compress disparate worlds into a single figure: implicit in the compression is conflict, sometimes violent conflict, a clash of cultures, materials, languages. They’re all borderline, creatures frozen or trapped crossing borders between different worlds, so you see both worlds at once, in collision and conflict. If I’m looking for inspiration it doesn’t take long before I start seeing sirens and sphinxes and bull-headed humans, or I go back to Ovid’s Metamorphoses-full of wondrous and terrifying stories of subversive, defiant transgression and the violence of punitive transformation meted out by the gods. I’m interested in the conflict and cross-breeding that generates hybrid objects.

A: Franz Kafka shows up in a lot of your work. Why Kafka?

Q: I read him a long time ago and again when I went to China I read The Great Wall and used it for a lot of the work in porcelain. At one level it’s about authority—who’s telling you what to do and how you respond. The narrator ends up suggesting it could be bad for your health to think too much about the orders you’re following—better to stop thinking altogether. And that’s where the story ends. So I made a couple of pieces along those lines, Fine Corsa (End of the Line) and the last was a silkscreen print, Blues for Kafka.

Q: You’ve got Lenin as well. What’s with that?

A: At some point after the Soviet Union collapsed I bought a white china bust of Lenin, of the sort I imagine you’d have seen in offices all over the country. I made a rubber mold and a bunch of plaster casts with different inscriptions in Lenin’s forehead: RENT THIS SPACE, PRÊT-À-PENSER, IMAGINE.

That was probably 15 or 20 years ago. I took it up again when I was preparing for a show and had some empty wall space. I photographed a couple of casts with the different inscriptions wrapped around Lenin’s head, and then did a scan of the original bust, enlarged it and inscribed the title of Lennon’s song in his forehead. I also scanned the little plastic figure, Ronald McDonald, and planted it in Lenin’s forehead so it looked like he popped up ready to go when the USSR fell apart. So that’s A Short History of the Soviet Union, in three volumes. Then when I went to China last time I made a few more copies of the bust, this time in porcelain with celadon and other glazes and some inscriptions on the base or the forehead.