Italian Pizza as a World Heritage

Let us say it: do you think UNESCO should consider pizza as a world heritage? Sure we like pizza alright, but should it be really part of... 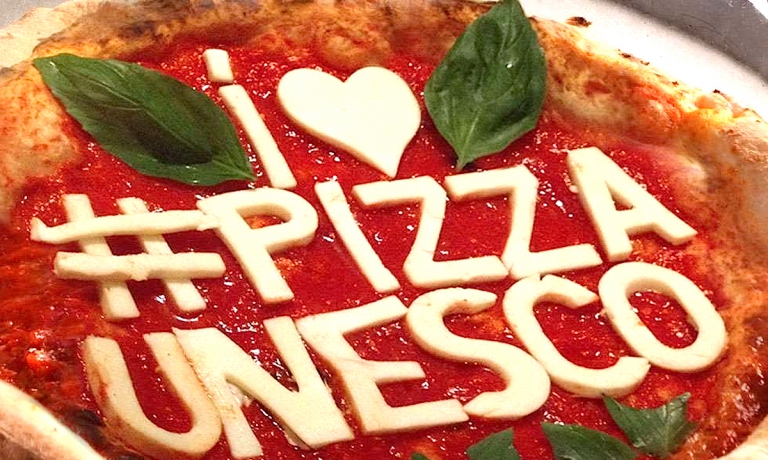 Let us say it: do you think UNESCO should consider pizza as a world heritage? Sure we like pizza alright, but should it be really part of the prestigious group of humanity intangible legacy? After all it is just dough and cheese and tomatoes. Well it is just that if you try it outside of Italy; but in the place where pizza was born, Naples, the pizza maker (‘pizzaiolo’) is a craftsmanship that has been passed down to generations, cooking the most delicious and mouthwatering pizza you’ve ever tasted. Tourists are amazed at how well it is prepared and how yummy it is!

And this is the reason why Neapolitans fought for. They collected numerous signatures since 2015 with an unprecedented popular mobilization in the history of intangible recognitions. Finally, after been confirmed by the Intergovernmental Committee meeting, UNESCO has decided to consider Italian pizza as a world heritage!

The craftsmanship of the pizza making has become part of Naples’ way of living specially for the working class. There eating pizza is not only a gastronomical tradition, but part of the culture. The ‘pizzaioli’ prepare, flip and top the dough, baking it afterwards in a wood-fired oven, all of it while singing and exchanging stories with the present diners. Mr Martina (a costumer from a pizzeria in Naples) said that the pizza as a world heritage “involves Italian know-how based on experience, gestures and traditional knowledge passed on from generation to generation”.

The competition was hard, and not an easy task. The pizza as a world heritage was competing against 33 other world traditions seeking to become part of this prestigious group. Among the studied traditions where Bangladesh’s Shital Pati—weaving of mats and bedspreads, using a green cane— and the Saudi Arabia’s al-Qatt al-Asin—interior crafting and wall painting by women. 31 world traditions more where reviewed, but the pizza as a world heritage became elected. “A victory!”, claimed Massimo Boddi from Univerde Foundation, the company responsible for gathering the signatures.

The pizza as a world heritage is one more world legacy added to the list.

Italy is a country that has been proclaimed as the most UNESCO world heritage sites. They are a number of 53, which include Rome, Venice, Amalfi Coast, Florence and Naples. But this is not enough for Italians, for they also have already six cultural practices that are part of the intangible cultural heritage list.

This includes the Mediterranean diet, which won in 2010 for the nutritious food model that has been passed over time and space to its practitioners. It has been settled in the coast of Greece, Italy and Spain. Also, the Cremona’s violin craftsmanship, which won in 2012, because of the ancient form craft that fashions and restores violins, violas and cellos. Not one violin is alike, nor it can be compared to a violin that has been made by industrial and modern methods.          This is why, Italy has won so many practices, places and traditions. Its beautiful culture is represented by their well-known world legacies. Now, whenever you eat pizza you will say: “This is not just a pizza, this is UNESCO’s pizza as a world heritage!