An exhibit on Israel entitled "Israel Introduces Itself" has opened in Rome's main international airport on 10th december, as part of its 2015 Universal Exhibition series. Out of... 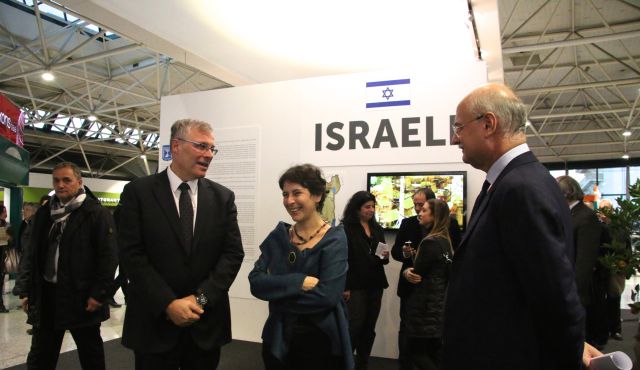 An exhibit on Israel entitled “Israel Introduces Itself” has opened in Rome’s main international airport on 10th december, as part of its 2015 Universal Exhibition series.

Out of the 140 countries who chose to participate in the project, each were to choose a location within Rome to represent itself. The Israeli embassy in Rome chose Terminal 3 of the Leonardo da Vinci-Fiumicino Airport.
“This year’s Expo focuses on sustainable food prodution which can preserve natural resources for future generations. Israelis have been dealing with similar challenges from more than 100 years,” said Naor Gilon, the Israeli Ambassador to Italy, at the opening of the exhibition.
According to Gilon, Israel’s experience with agriculture and technology can be helpful in adressing current world challenges.
The exhibit, which will be active until the 24th of December, is divided into 7 sections: tourism, the Jewish National Fund, the Netafim irrigation system, Israeli vineyards, agriculture, technology and lifestyle.
The Israel exhibit also hosts a restaurant with traditional Israeli food.

The exhibit is organized by Israel’s Foreign Ministry in collaboration with the Israeli embassy in Rome, Israel’s Tourism Ministry, the Jewish National Fund, El Al and the communication agency IsayWeb.