Sicilian blood oranges for everyone

Sicilian "blood" orange gained the nickname because of its ruby flesh that contains the red pigment, anthocyanin a strong antioxidant. Today, blood oranges are the hallmark of... 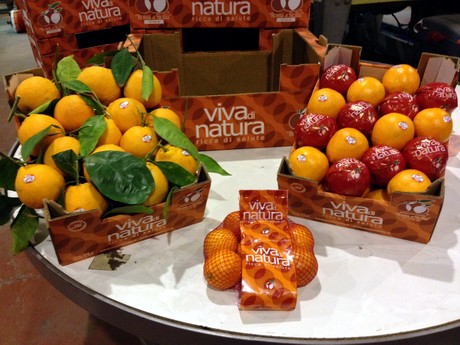 Sicilian “blood” orange gained the nickname because of its ruby flesh that contains the red pigment, anthocyanin a strong antioxidant. Today, blood oranges are the hallmark of Sicilian fruit.It is generally accepted that citrus fruits were first cultivated in Sicily during the Arab period in the ninth and tenth centuries. Indeed, the modern English word orange, like the Italian arancia, probably derives from the Arabic naranj which in turn derives from the Sanskrit word narang.

“We produce all the types of oranges cultivated in Sicily: we started with blood oranges and Monreal clementines in November 2013 and will then continue with Moro, Taroccon and Sanguinello. We will finish with Ovale and Valencia towards the end of May,” explained Giuseppe Ialuna of the F.lli Ialuna commercial farm, which produces 750 tonnes of red oranges on around 40 hectares.

G.lli Ialuna was established in 2000 and is a partner of the Rossa di Sicilia PO. “Actually, one of the historical citrus groves was planted after WWII. Cultivation methods were passed on through the generations and were then enhanced with new technologies. We specialize in red oranges, and the organoleptic qualities of our produce distinguishes it from the others on the market.” 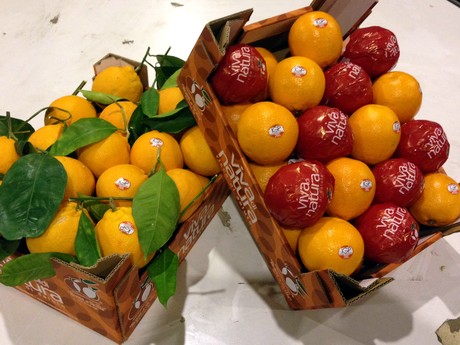 Oranges are mainly sold under the “Viva di Natura” brand, part of the Rossa di Sicilia PO, so that the produce can be more homogeneous. The packaging is recognisable both in Italy and abroad.

In Sicily, the most popular blood oranges are the Tarocco, the Moro and the Sanguinello, the latter cultivated extensively in the eastern part of the island. Though consumed in salads and desserts, blood oranges are favored for their distinctive red juice which, as it happens, is exceptionally healthy, being rich in antioxidants.

Three years ago, F.lli Ialuna started a plant adoption project called “Adotta La Rossa” which is doing well also thanks to the fact that the products are 100% traceable.
Read more at Freshplaza