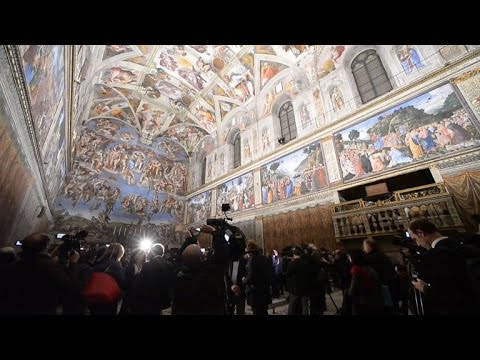 After three years of preparations, dazzling new lighting in the Sistine Chapel has spirited almost three-dimensional life into Michelangelo’s muscular nudes awaiting the Last Judgement, an advance peek arranged by the Vatican disclosed.

ANSA – The innovations, costing sponsors as much as some 3 million euros, are designed to enable the frescoes to survive the rigours of mass tourism while at the same time the Vatican seeks to reduce the number of visitors to the chapel and the time of each visit.
Starting in the early months of 2015, Vatican Museums Director Antonio Paolucci said, “visitors to the Vatican Museums are going to be offered special disposable ‘intelligent glasses’ that will enable them to explore the Sistine Chapel in 3D and go deeper into its history before the actual visit”.
“The frescoes by Michelangelo and other great painters will thank us themselves for these installations,” Paolucci told a throng of reporters and television crews shown the new lighting and air conditioning systems on Wednesday evening.
“The change of air and the control against pollutants together with the lighting will allow appreciation of both the entirety and the details of the Chapel,” the Director added.
In particular, the new lights draw greater attention to the splendour and vivid colours of the frescoes lining the chapel, including works by Botticelli, Ghirlandaio and Perugino.
The Germany company Osram has installed more than 7,000 light-emitting diodes (LEDs) in a rail-like structure perched high on the walls of the chapel to protect the artworks and provide improved lighting. Osram says they will use up to 90 percent less electricity than the old system.
The cutting edge lighting and air conditioning are intended to honour the 450th anniversary of the death of Michelangelo and the 20th anniversary of the end of the major restoration of the maestro’s frescos by Fabrizio Mancinelli and Gianluigi Colalucci.
Nearly 6 million tourists a year visit the chapel to enjoy Michelangelo’s ceiling and his depictions of the Last Judgment on the altar wall.
A closed-circuit television system able to count the number of people present in the Chapel will retain the temperature at between 20 and 25 degrees Celsius while humidity will be kept at 50-60%.
After the preview journalists were given a slap-up dinner washed down with fine wines and sparkling mineral water. 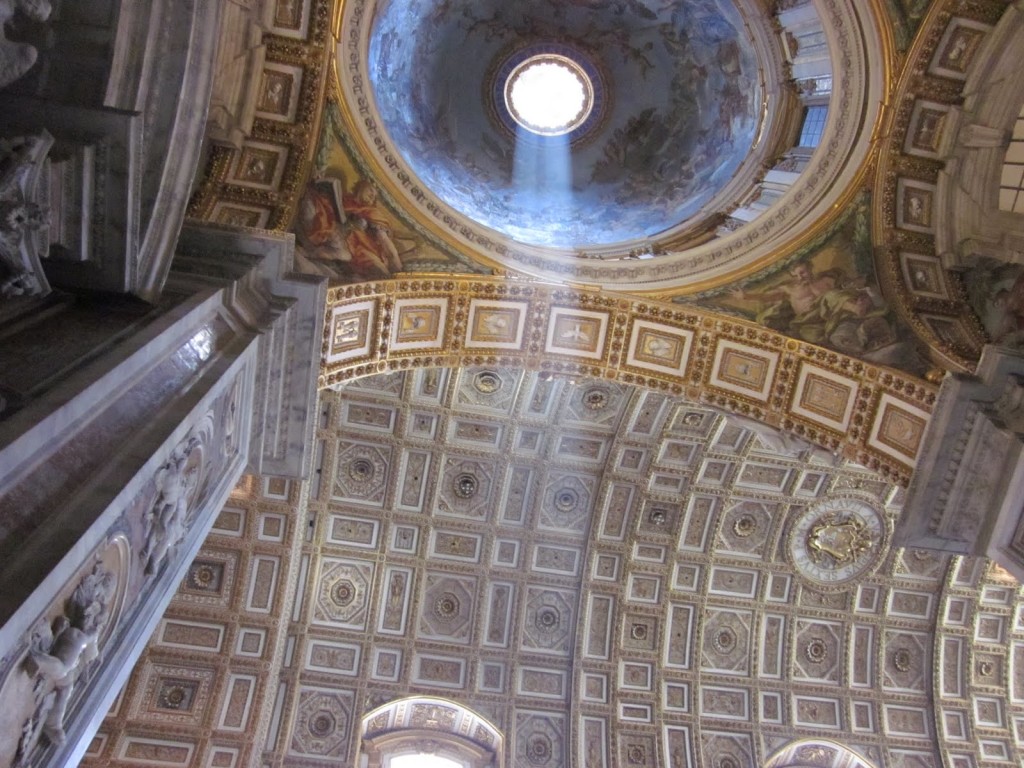