Meet the first social robot in the Hospitality Industry in Italy

Can you imagine yourself being greeted by a social robot whenever you make the entrance into your hotel? Well, now many tourists know how does it feel... 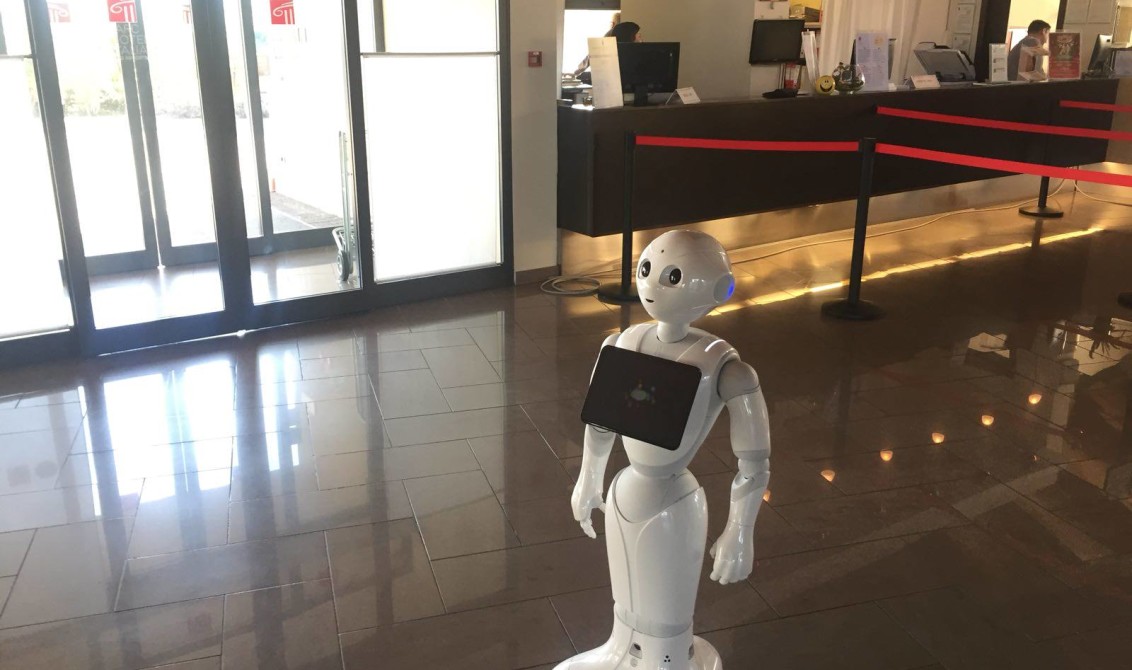 Can you imagine yourself being greeted by a social robot whenever you make the entrance into your hotel? Well, now many tourists know how does it feel like, because Paolo Pepper has been ‘working’ all summer time at Parc Hotel del Garda. He can sing, dance, he senses the state of mind of the person he is speaking to, and he can even respond in an ironic way. Paolo Pepper, already a sensation.

First Social Robot in the Hospitality Industry in Italy

Produced by SoftBank Robotics, the most important Japanese telecommunications company, it is the first Italian example of application of artificial intelligence in hotels.  The use of a social robot in the hospitality sector is managed by Ciset (International Center for ‘tourism economy) of the Ca’ Foscari University of Venice in collaboration withTreviso web agency, Promoservice, and Bellatrix, the company that manages the hotel chain which includes the Parc Hotel.

And the managers from this hotel chain are convinced that Paolo Pepper has attracted the sympathy of younger customers. Because it is unusual to be saluted by a little person, being asked in a child-like voice how may he help, and even joke whenever he sees a smile, he is the perfect host to attract tourists. But also, by responding to the needs of guests, he provides more time to employees to do certain tasks not so repetitive but likewise important. And this summer our very own social robot Paolo Pepper has been advising guests on the activities that can be carried out in the hotel, and even he has been seen having a laugh with some new friends he has already made. 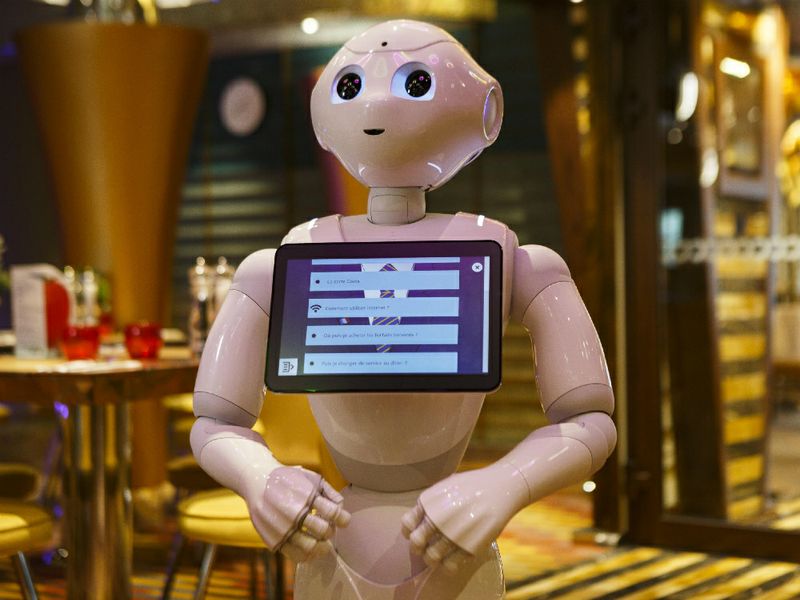 After the success, more tasks can be added to Paolo

Bellatrix has chosen, among all its hotels, the Parc Hotel Del Garda because, because it is the most complex structure in terms of clientele. And so the social robot was tested during the summer time to see if he could be placed in other structures and in other contexts. He would be helping not only in the reception area, but also he would be carrying out other activities, such as the management of buffets and banquets.

“This is a cutting-edge solution for answering user questions”, emphasizes Luca Fusi, Bellatrix’s marketing manager. “The idea is to begin to instruct the robot to provide timetables and other details about the restaurant, for example the menu and table reservations, information on Gardaland, trains from the nearby Peschiera del Garda station and other useful tips to enjoy the stay in the structure and visit the surroundings”. In addition, the receptionists will be freed from certain tasks, allowing them to establish a quality service to their customers, since the performance of the less engaging activities will be delegated to this automated system.

And even though he is a robot, he has already won lots of hearts during the summer time. Let us hope for the little guy to succeed in all of the tasks that come ahead!