Out of the many architectural jewels in Italy, the Vittorio Emanuele Gallery is one of a kind. Built in Milan around 1865 and 1867, it represents exactly... 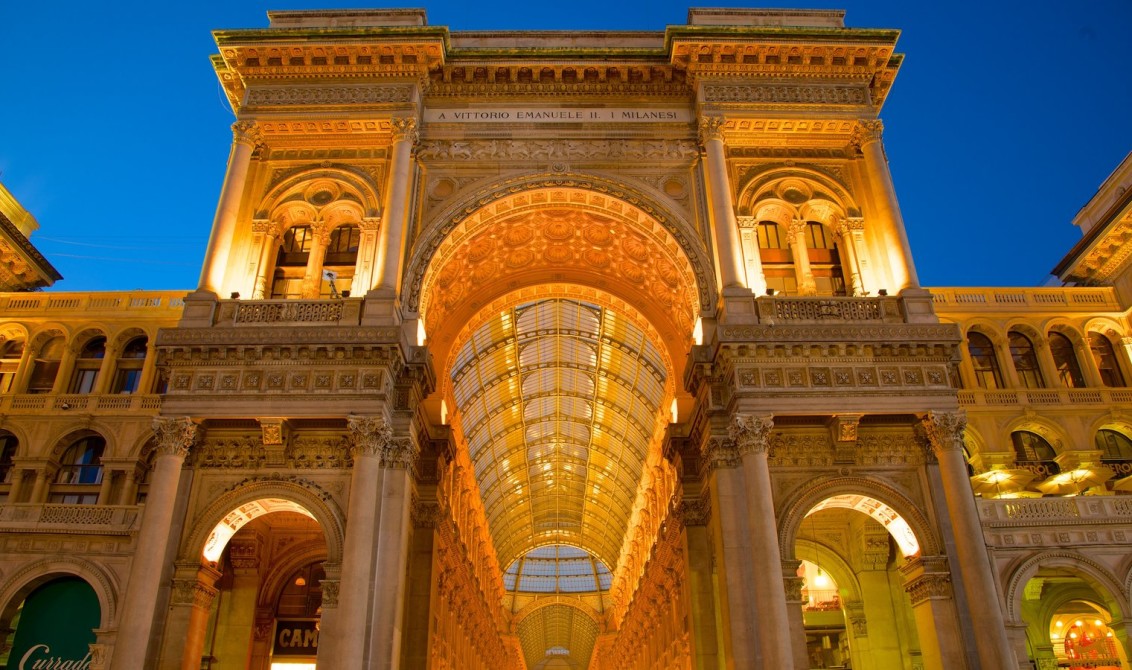 Out of the many architectural jewels in Italy, the Vittorio Emanuele Gallery is one of a kind. Built in Milan around 1865 and 1867, it represents exactly what the city would become many years later: a luxurious gateway of elegance, art, and of course, fashion. Here are 5 you didn’t know about this Italian architectural piece.

1.- Origins: The Vittorio Emanuele Gallery was built by architect Giuseppe Mengoni. The first idea of a commercial street that connected Piazza Domo to Piazza della Scala was actually attributed to Carlo Cattaneo, back in 1839. But it was until many years later that the city obtained the necessary permits.  Finally, in 1865, the foundation stone was placed.

2.- Dedicatory: Dedicated to Vittorio Emanuele II, first King of Italy, the structure has at its center an octagon. It celebrates the centrality of the city in the world’s global economic and cultural system, with eye-catching mosaics.

3.- Inspiration: The Vittorio Emanuele Gallery, traditional and elegant, has been the model of inspiration for other commercial galleries all over the world. The first is Umberto I gallery in Naples. But even abroad, the gallery was followed and appreciated. In the US, elegant and stylish shopping malls were built, such as the Galleria di Houston and the Galleria Dallas in Dallas. But also, the Kö Galerie from Düsseldorf, or the Eaton Center in Toronto.

4.- Meaning: The tops of the four walls from the Vittorio Emanuele Gallery are each decorated by a painted lunette, which represents a different continent. Europe is painted in ancient clothes and guarded by a winged man, who is holding a laurel. Asia is represented sitting on a throne and honoured with gifts from figures with Asian features. America is represented as a female figure surrounded by African Americans and an indigenous; and Africa is represented in Egyptian clothes with a lion and a moor by his side.

5.- Restored: The Vittorio Emanuele Gallery was one of the symbolic monuments of Milan that were the most affected by the Allied raids. It was bombarded in August 1943 and the glass cover and part of the metal roof were destroyed, damaging the interior decorations. From March 2014 to April 2015, right before the EXPO, a careful restoration took place. In total, it was calculated that 35,000 hours of work were needed to restore the original glory. And so they did.