A wearable device for the blind developed in Italy

Thanks to the Horus wearable device developed by the Italian company, the visually impaired get a personal assistant that turns visual information... 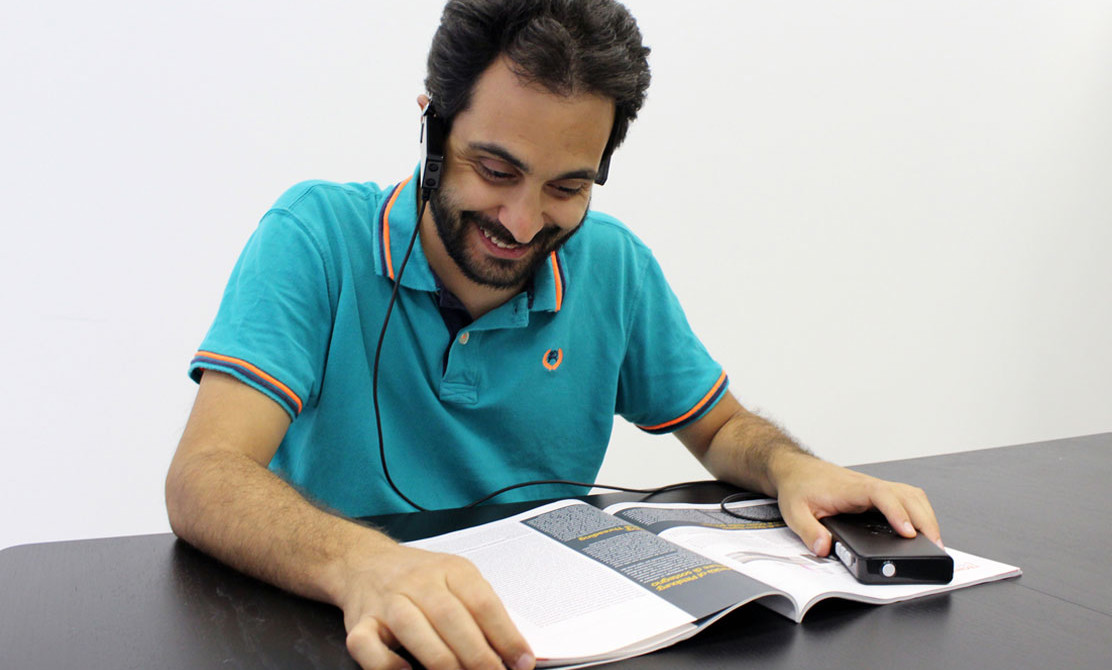 Thanks to the Horus wearable device developed by the Italian company, the visually impaired get a personal assistant that turns visual information into verbal messages.

Artificial intelligence can be successfully used to improve people’s life: that’s the goal of Italian start-up Eyra, which created a wearable device for the blind and visually impaired. Founded in Milan by Saverio Murgia and Luca Nardelli, Eyra develops advanced technologies, products and services that harness the power of artificial intelligence, Deep learning and Computer vision with the mission of making a difference and improving the way people work and live.

A personal assistant for the blind

Eyra has created the Horus wearable device which acts as a personal assistant for the blind. The company has already started the trials of its product with the Italian Union of Blind and Partially Sighted People with the aim of commercially launching its wearable device later this year in Italy and the UK, before expanding elsewhere in Europe and in the U.S.

Horus is worn like a headset, with or without glasses, indoors or outdoors. It scans the surroundings and transforms visual information into verbal messages: it can read for you, recognize faces, objects and obstacles and describe what’s around. The device uses an NVIDIA Tegra K1 for GPU-accelerated Computer vision, Deep learning and sensors that process, analyze, and describe images from two cameras. The headset uses bone conduction instead of going through the ear canal, so users can hear in noisy environments (that makes it useful for people who have hearing impairment too). The battery and GPU are housed in a box that’s roughly the size of a smartphone.

In April 2016 Eyra, with its Horus device, was among the winners of the first social innovation award at the Emerging Companies Summit. The summit was held within the GPU Technology Conference; by using a GPU (Graphics processing unit) to understand the world and help blind and visually disabled people “see”, Horus is incredibly faster in processing the information, identifying obstacles and sending messages to the user than it would be with a CPU (Central processing unit). Murgia and Nardelli were also included in the latest Under 30 European Social Entrepreneurs list by Forbes.

“There’s no better way to create a revolutionary, life-changing technology than to collaborate with the very people who are going to use it every day,” said Saverio Murgia, Ceo and co-founder of Eyra commenting on the trials with the Italian Union of Blind and Partially Sighted People. “Seeing the faces of people who try Horus for the first time is what drives our passion”. The company has opened up on its website a waiting list to buy the device, which supports at the moment English, Italian and Japanese but will include more languages soon.